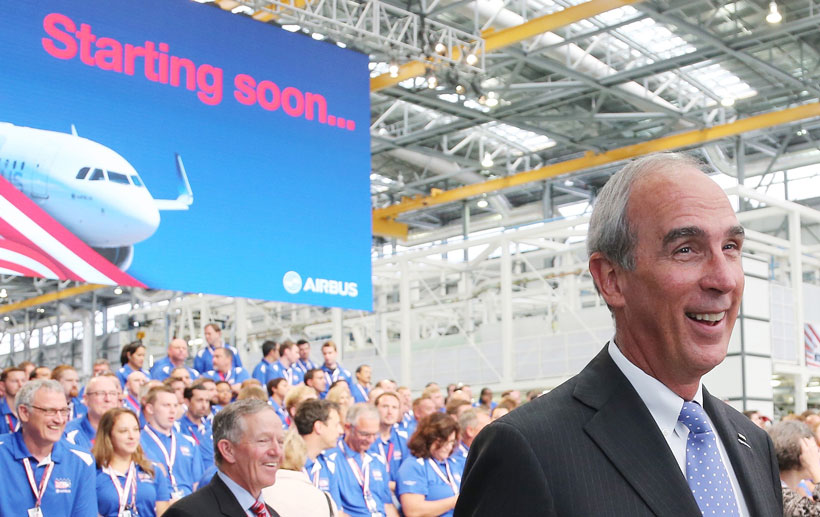 Made in Alabama asked Mobile Mayor Sandy Stimpson to share his economic development priorities for 2016, which is shaping up to be a monumental year for the Port City.

Here’s what the mayor said.

Q: What are your economic development priorities in 2016 and what would you like to see happen?

A: Our economic development priorities for 2016 are to capitalize on the incredible opportunities we have in the aerospace industry, to continue the positive momentum along our waterfront and the Port of Mobile, to further develop and foster technology and innovation corridors throughout downtown, and to establish “Destination Mobile” as a great city not only for tourists, but also for corporate executives looking for a fantastic city within which to locate.

We look to build on the success we had in 2015 and continue to make strides in 2016 to reach that vision.

Q: What industries in Mobile are best positioned for growth?

A: Certainly everyone recognizes that the aerospace industry is in a prime position for growth, particularly with delivery of the first Airbus A320 from the Mobile final assembly line in early 2016.

But we are greatly encouraged by the emergence of a technology corridor along St. Louis Street downtown, and to see traction on entrepreneurship. Those will be key areas of focus going forward.

In addition, there are some incredible things happening with research and development led by the University of South Alabama, and we’re excited to see where that can take us.

Q: What strengths can Mobile build on in 2016 to advance economic development?

A: It starts with a great team that includes the City, Mobile County, the Mobile Area Chamber of Commerce, the Port of Mobile, the Mobile Airport Authority and the University of South Alabama. We’ve had a great run of success working together and it’s important we keep those partnerships strong.

The other is just the excitement we’re seeing across the city, whether it’s the return of Carnival Cruise Lines or winning the Bloomberg Philanthropies’ Innovation Grant or even just the fantastic new restaurants and small businesses we’re seeing pop up almost every week.

It’s a great time to invest in Mobile.

A: I’m proud of the effort put forward by Team Mobile. We brought the cruise industry back to Mobile, we landed a string of world-class aerospace suppliers, we saw the grand opening of the Airbus assembly plant and we joined Austal in launching its 12th Littoral Combat Ship for the U.S. Navy. We closed the year on a high note with a great software development company, Rural Sourcing Inc., opening a new, state-of-the-art office in a historic building downtown.

All of that helped us to be recognized as one of the 15 hottest cities in the United States for 2015 and to be named as one of America’s best cities for global trade. There are some great things in the pipeline that have us very excited about the year ahead.