Martha Roby is a 2018 Yellowhammer Woman of Impact 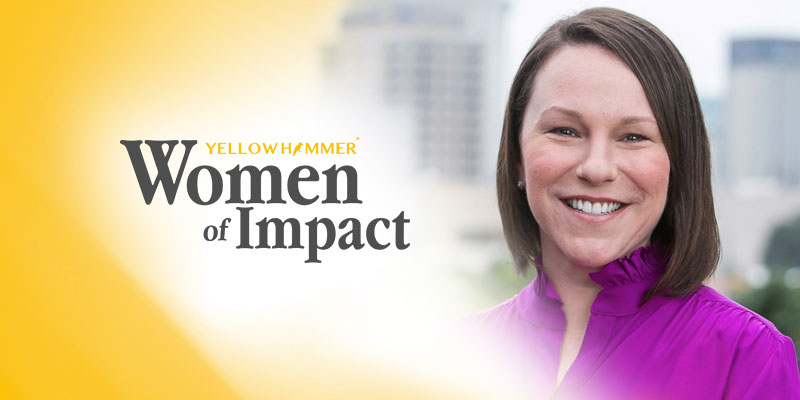 When Martha Roby launched her first campaign for Congress in 2010, the complete list of women who had represented Alabama in the U.S. House of Representatives comprised Elizabeth Andrews and … that’s it.

In 93 years since the first American woman took office in Congress, the Heart of Dixie had produced just one female representative — Andrews, who served the final nine months of her husband’s term following his death in December 1971. With the backing of then-Gov. George Wallace, Andrews ran opposed in the special election to fill the vacancy but did not seek re-election.

So, Roby did not exactly have history on her side when she announced her bid in 2010. That year, Alabama elected two women to the House, the other being Rep. Terri Sewell in the 7th District. But Roby remains the only woman to defeat an incumbent representative in Alabama, edging out Democrat Bobby Bright.

Roby has a pedigree for public service. Her father, Joel Dubina, was a federal judge in Montgomery and later served 13 years on the Atlanta-based 11th U.S. Circuit Court of Appeals.

But Roby did not make a beeline for politics. Once, she dreamed of making music.

A music major at New York University, Roby worked for Columbia Records during her junior year. The experience led her to shift focus from the creative side of the profession to the business side. And that led her to her father’s alma mater, Samford University’s Cumberland School of Law in Birmingham.

Roby, at age 26, was working for the law firm of Copeland, Franco, Screws & Gill when she saw that her city councilman was retiring after 20 years in office, according to a 2012 profile in The Hill newspaper. She said that she told her husband that “if we’re going to be here and live here and, God willing, have children some day, I want to be engaged. I want to be involved.”

Roby told The Hill that she won the seat by out-working her opponents.

“If I (wanted) people to take me seriously, then I (had) to get out there and work harder than everybody,” she said.

After two terms on the City Council, Roby signed up to run in the 2nd Congressional District against Bright, who had been mayor of Montgomery during her tenure in city government. First, she beat a field of Republicans that included Tea Party favorite Rick Barber. Then, she narrowly defeated Bright in the general election in one of the closest congressional races in the country that cycle.

Roby won in landslides in 2012 and 2014 before a relatively tight contest in 2016 when she failed to clear 50 percent against Democrat Nathan Mathis and write-in votes.

Much of Roby’s difficulties came from disaffected Republicans angry at her decision to abandon President Donald Trump after the release of the famous “Access Hollywood” video in which the then-reality TV star talked off air about grabbing women.

But Roby has persevered, making a name for herself among her colleagues in Congress. She has built a largely conservative voting record, supporting last year’s tax cut bill, backing the GOP-led effort to repeal Obamacare and voting for bills to roll back regulations imposed at the end of President Barack Obama’s administration.

This year, Roby’s congressional career will come full circle. To win re-election, she must again defeat Bright — but this time in the GOP primary. Bright now is a Republican.

Roby and Gov. Kay Ivey will be among 20 Alabama women honored in a March 29 awards event in Birmingham. Event details and registration may be found here.

Brendan Kirby is senior political reporter at LifeZette.com and a Yellowhammer contributor. He also is the author of “Wicked Mobile.” Follow him on Twitter