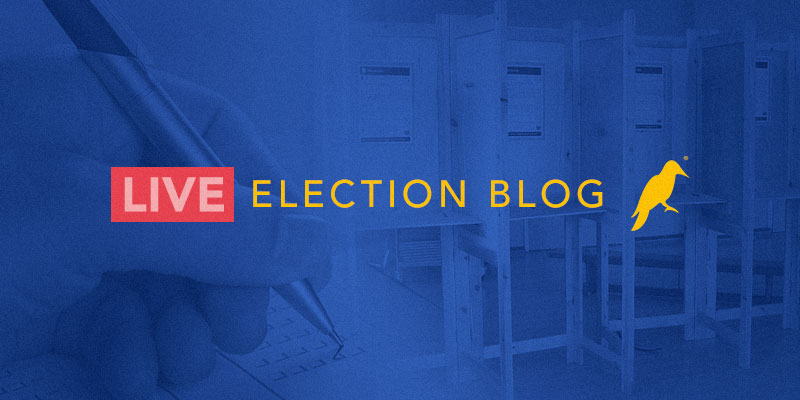 The state of Alabama is voting Tuesday, March 3. Follow along for live coverage throughout the day regarding the primaries for president, U.S. Senate and more, including Amendment One.

Sessions in speech to supporters: “I have some terrible news for Bernie Sanders, Joe Biden and Chuck Schumer: Doug Jones’ brief visit in the United States Senate is just about over.”

Update 10:15:
Byrne not conceding just yet, but will accept the results.

“Whatever the returns are tonight we will live by them,” says Byrne. “We’re going to fire Doug Jones this fall,” he adds.

“I’m going to all the way through that tape,” he continues. Not a concession from the AL-01 Rep, but an acknowledgment of incredibly long odds.

.@TTuberville calls this a good night for Alabama and a bad night for the swamp #alsen https://t.co/ScU32EgSwI

Story: Amendment One rejected by Alabama voters by wide margin

Amendment One was a bold and ambitious effort to transform our state’s public schools. Governor Ivey was willing to step out and support this idea because she firmly believed leadership – and change – started with the Board itself. Tonight, however, it appears the fear of losing the right to elect our State School Board members was greater than the confidence we had that fundamental change could be made. While disappointed, the governor’s resolve to improve our public education system remains intact. Amendment One is not where her plans for education stop, and you’ll see her continue to be more innovative and creative with her approach to improving Alabama.

It’s a no from Alabama on Amendment One.

Looks like we have a call on Amendment 1 — and it went down hard, 75 percent to 25 percent. State school board elections will continue in the state of Alabama. #alpolitics

The scene at Tuberville’s watch party:

NOW: Nearly a 100+ people are here to support former Auburn football coach, Tommy Tuberville at his watch party. Tuberville is running for the U.S senate in Alabama @FoxNewsMMR pic.twitter.com/VhohSbxkEm

32% in, Tuberville surprising many with very impressive numbers so far. via @politico pic.twitter.com/WWc0Tf9P8K

Mo all smiles after beating Lewis.

About 8 percent in on Amendment 1 (to replace the elected state school board with an appointed one) and it’s still losing badly, with 75% opposed. It’s losing by more than 2:1 in both Montgomery and Elmore counties, about as opposite politically as one can get. #alpolitics

Politico has 8% in for AL-01. pic.twitter.com/b8XPaftwZu

Politico has 15% in for AL-02. pic.twitter.com/UadbMmnJdB

Just talked with Bradley Byrne’s press secretary. She said that Team Byrne is still very optimistic, especially because of the early Baldwin County results. Added that it is still early and the the campaign “plans[s] to be in the runoff at the end of the day.”

Just over 1% reporting, but a look at the GOP U.S. Senate race in Alabama:

Alabama saw a 30-35% voter turnout today for the state primaries, according to Alabama Secretary of State @JohnHMerrill. He says the state increased election security for the primaries by requiring two-factor authentication to access voter rolls. pic.twitter.com/nZNgNX7CLr

Thanks to my friend, Jason Isbell, our One Alabama concert kicked off tonight by bringing people together to celebrate good music and unity and all that Alabamians have in common. That’s what our campaign is about — calling on all Alabamians to reject those that seek to divide us and come together as one Alabama to build a better future. As Alabama’s United States Senator, I’m focused on the kitchen table issues that affect all Alabamians, not divisive rhetoric or political pandering. I look forward to discussing issues like health care, education and supporting our military families with whoever wins the primary.

The RNC’s Kevin Knox issued the following statement regarding the 2020 Democratic primary in Alabama:

While President Trump cruised to victory in tonight’s Republican presidential primary, the 2020 Democrat field showcased nothing more than a mix of radical and socialist agendas that are despised by Alabamians. Super Tuesday cemented Alabama loudly and proudly as Trump country, with voters ready to defeat whichever socialist Democrat is chosen to face the president’s unprecedented record of success in November.

Update 7:32:
Trump has a message for Alabama:

Update 7:27:
In news that surprises absolutely nobody…

Biden leading exit polls in AL roughly 60% to 20% over Sanders. The key question is whether Sanders hits 15% in #AL07, the only African-American majority district in the state. If not, it’s a four-delegate swing for Biden.

That was fast. AP says Biden has won the Dem. primary in Alabama.

Joe Biden wins the Democratic presidential primary in Alabama, securing his third victory in the South on Super Tuesday. https://t.co/xdd5BzBAQC

Update 7:00:
The polls are now closed. Kick back, relax and hit that refresh button often.

Asked Jon Jones who manages the Sessions campaign the same thing. He said that due to Sessions’ 20 years as a statewide the best indicators for him will be the big counties.

For live radio coverage of tonight’s results, listen to Yellowhammer’s Jeff Poor on Huntsville’s WVNN. Yellowhammer’s Sean Ross, Dale Jackson and Henry Thornton are all scheduled to be on, as well as others from around the state. Coverage begins at 7:00.

Chatted with Byrne campaign manager Seth Morrow earlier tonight. Asked what counties besides the big 7 they’d be looking at closely. He mentioned the smaller counties in AL-01 as potential indicators and also said Tuscaloosa, Limestone, and Morgan.