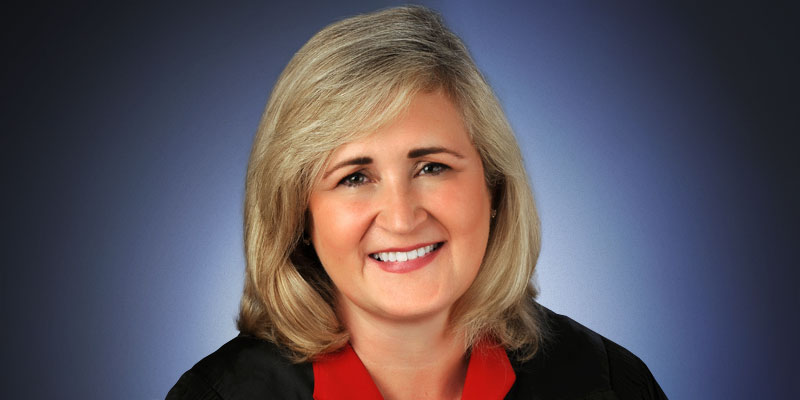 The Honorable Sarah H. Stewart, a Circuit Judge for the Thirteenth Judicial Circuit, Mobile County since 2006, has announced her candidacy as a Republican for the Alabama Supreme Court.

Judge Stewart is running for the seat currently held by Justice Glenn Murdock, who is not seeking reelection to Alabama’s high court.

In an interview with Yellowhammer, Judge Stewart said,

I think the biggest thing I bring to the table is that I’ve been on the front line as a circuit judge for 12 years, hearing a wide range of criminal and civil cases that run the gamut from the simple to the complicated. In fact, our circuit disposes of more cases per judge than any other circuit in the state.

When asked to articulate why this experience distinguishes her, Judge Stewart said,

Hearing as many cases as I have, with virtually every imaginable circumstance, has only served to deepen my conviction that a judge must be, above all other things, impartial. We must never view a case through the lens of our personal opinions, but through the lens of the law. As a judge, it’s not my job to make law, it’s my job to interpret it…to say what it means and how it applies to each case. For this reason, rulings must be timely, fair, and always grounded in the rule of law. As a conservative judge, my mission is to apply the rule of law fairly and impartially. That is our highest duty.

As a Circuit Judge, Judge Stewart has disposed of over 1800 criminal and civil cases per year. She currently serves as the Judicial Nominating Committee Chairperson elected by her fellow circuit judges. Before becoming a trial judge, she practiced law for over 14 years with the law firms of Hand Arendall and Ezell Sharbrough LLC and as senior partner in Stewart & Hicks P.C. Judge Stewart graduated with a B.A. and M.A. from the University of Arkansas in 1986 and a J.D. from Vanderbilt University School of Law in 1992.

Judge Stewart has been an active leader in the Alabama Circuit Judges Association. She has sat on the Board of Directors since 2009. She is now Vice-President, having served as Secretary-Treasurer in 2016-2017. Judge Stewart has served as the Alabama Circuit and District Judges Education Chair since 2011, implementing continuing education programs for newly appointed or elected circuit and district judges, organizing the Association’s semi-annual conferences, and coordinating topic specific seminars with the National Judicial College.

Judge Stewart teaches a variety of courses to judges throughout the state emphasizing “best practices” in such areas as contempt, judicial writing, judicial temperament, learning styles, and the use of mediation to control docket flow. She is a frequent speaker at legal education conferences on various topics for the bar.

Judge Stewart has been married for over twenty-eight years to Craig R. Stewart, and she and her husband have two daughters, one a senior in high school and one a senior in college.