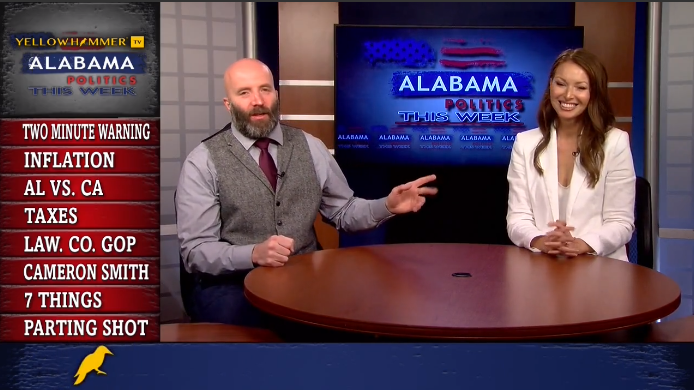 — Polls indicate that the Inflation Reduction Act is being met with skepticism.

— Will attempts at a grocery tax holiday or Education Trust Fund tax rebate gain any traction in 2023?

AL.com columnist Cameron Smith joins the show to discuss the battle of Governors Ivey and Newsom, tax plans, alcohol at Bryant-Denny Stadium and everything else happening in Alabama politics this week.

Jackson closes the show with a “Parting Shot” directed at members of the media who keep trying to make defeated U.S. Rep. Liz Cheney (R-Wyo.) a legitimate presidential contender.