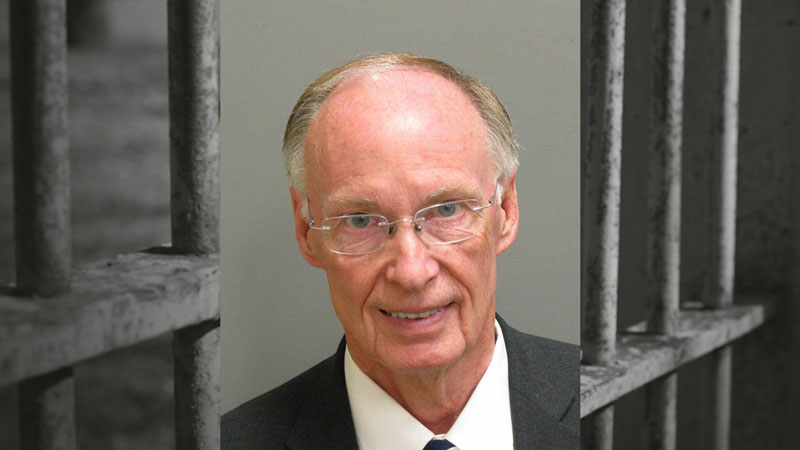 In front of a packed Old House Chamber on Monday evening, Alabama Governor Robert Bentley made his decision to resign official.

“I have decided it is time for me to step down as Alabama’s governor,” Bentley said. He said that he would now focus his time on serving the people of the state in other ways.
His resignation took effect immediately.

The announcement follows over a year of fighting back the shadow of scandal, as Yellowhammer first leaked audio revealing the intimate relationship between Bentley and his top aide, Rebekah Mason.

“There have been times that I have let you, and our people down, and I am sorry,” Bentley said.

On Monday afternoon, Bentley was booked in the Montgomery County Sherriff’s office, having cut a deal that will allow him to avoid a heavy sentence. As part of the agreement, he was compelled to immediately resign his office and give up his retirement and security benefits. He was charged with two misdemeanors for ethics violations and will be expected to pay thousands in fines and serve over 100 hours of community service. He also must repay over $8,000 to the state of Alabama.

Rumors had swirled earlier in the day that Bentley would soon resign, as the House Judiciary Committee held their first meeting to discuss their explosive impeachment report. Mid-day, the committee paused from their hearing amid news that the governor would step down.

Kay Ivey will soon be sworn in as the second woman governor of the state.