How a Secret Church meeting in Alabama became a worldwide phenomenon 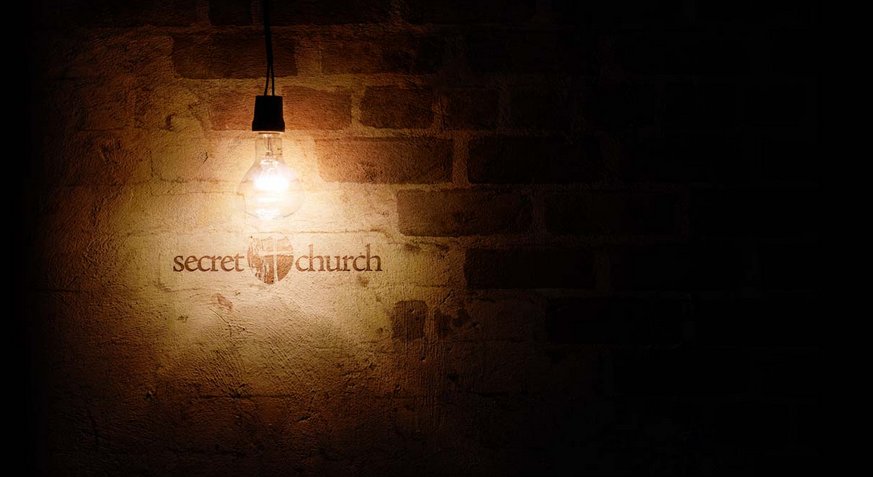 Imagine all the blinds closed on the windows of a dimly lit room. Twenty leaders from different churches in the area sat in a circle on the floor with their Bibles open. Some of them had sweat on their foreheads after walking for miles to get there. Others were dirty from the dust in the villages from which they had set out on bikes early that morning.

They had gathered in secret. They had intentionally come to this place at different times throughout the morning so as not to draw attention to the meeting that was occurring. They lived in a country in Asia where it is illegal for them to gather like this. If caught, they could lose their land, their jobs, their families, or their lives. (Excerpt from Radical by David Platt.)

In this particular meeting, the local church leaders had not only gathered to share struggles and to pray together, they also came to study the Bible with an American who would soon become the pastor of one of the largest congregations in the United States.

With a single light bulb hanging from the ceiling, Dr. David Platt, at the time in his mid-20s, taught his way through the Old Testament over the next 12 hours. When he was done, the leaders wanted more, urging him to come back the following day — in spite of the danger — to go through the New Testament in another marathon session.

Three weeks after my third trip to underground house churches in Asia, I began my first Sunday as the pastor of (The Church at Brook Hills in Birmingham, Alabama). The scene was much different. Dimly lit rooms were now replaced by an auditorium with theater-style lights. Instead of traveling for miles by foot or bike to gather for worship, we had arrived in millions of dollars’ worth of vehicles. Dressed in our fine clothes, we sat down in our cushioned chairs.

Please don’t misunderstand this scene. It was filled with wonderful, well-meaning, Bible-believing Christians who wanted to welcome me and enjoy one another. People like you and people like me, who simply desire community, who want to be involved in church, and who believe God is important in their lives. But as a new pastor comparing the images around me that day with the pictures still fresh in my mind of brothers and sisters on the other side of the world, I could not help but think that somewhere along the way we had missed what is radical about our faith and replaced it with what is comfortable. (Excerpt from Radical by David Platt.)

The stark contrast between to two scenes compelled Platt and other church leaders to begin discussing ways to capture the urgency and intensity of the underground churches in areas of the world where Christians literally risk their lives for their faith — a tall order in a city like Birmingham in the heart of the Bible Belt.

“We started thinking through, how could we gather together with that kind of devotion to God’s Word?” Explained Platt. “How could we gather together to promote in the people of God a hunger for the Word of God like that? And then while we’re doing that have some time when we can identify with our persecuted brothers and sisters around the world and spend time in intentional prayer for them.”

In 2006, Platt and the Brook Hills leadership decided to host an intense, 6-hour Bible study and prayer time on a Friday evening from 6 p.m. ’til midnight. Just like in the tiny, dimly lit room in Asia, a survey of the Old Testament would be the topic.

Even with promotion limited to announcements in Brook Hills church services, 1,000 local churchgoers showed up on the first Friday night. It was successful enough that they decided to do another one several months later. This time a couple thousand people showed up to hear a survey of the New Testament. Several months later the church’s massive auditorium couldn’t hold the turnout to hear 6-hours of teaching on how to study the Bible.

Unlike many of the mega-church scenes on television, the production was sparse. No arena concert-level production. No quasi-motivational speaker spouting feel-good platitudes. Just six hours of intense Bible study and prayer. The whole scene seemed to buck every nugget of prevailing wisdom on how to get busy, entertainment-saturated Americans to show up to church. And yet within months they were talking about whether or not to rent out an arena for the next event.

“We were excited, but concerned,” recalls Angelia Stewart, who was around Secret Church from the beginning and now works for Radical, David Platt’s resource ministry. “What will we do? We had to start selling tickets because people began to travel in from around the country and we wanted to make sure they had a place to sit and a study guide. The costs began to be burdensome on the church because we were printing thousands of study guides, so we charged just enough to cover the costs. It got to the point that tickets would sell out in a matter of minutes.”

Secret Church organizers realized that at some point there would not be a room big enough to hold everyone who wanted to attend, so rather than even attempting to find a larger venue, they opted instead to simulcast the event online.

“When persecuted Christians in other parts of the world come together, it’s a smaller setting. We wanted to maintain that intimacy,” Stewart said. “We thought, ‘How could this best serve the church?’ And simulcasts came up.”

They approached LifeWay Christian Resources, one of the world’s largest providers of Christian products and services, about helping them launch a simulcast. The company quickly agreed. The first Secret Church simulcast took place in 2012 and an astonishing 35,000 people signed up to view it.

In April of 2014, the fourteenth edition of Secret Church included 60,090 participants. At least one church in every state hosted a simulcast and churches in 81 foreign countries participated as well.

Every Secret Church has been recorded and translated into 12 different foreign languages that encompass approximately 70 percent of all speakers on the planet, accomplishing another one of the organizers’ goals — to give seminary-level teaching to Christians all over the world, especially those in countries where they are persecuted.

“Knowing the Word and knowing our persecuted brothers and sisters, and serving both for the glory of Christ… Secret Church tries to bring those two together,” said Platt.

And stories have come in from all over the world about the impact the events are having.

“A couple of American girls were serving in Asia and were able to form relationships with friends there and ultimately led them to Christ,” said Stewart. “The first place they turned to for teaching was our website where the Secret Church resources had been translated into Mandarin. They began sharing the Gospel with their friends and meeting regularly. Then they got to the Secret Church teaching on The Body of Christ — the church — and realized, ‘Hey, we’re a church!’ So a new church was born. When you hear stories like that, you know it’s all worth it. Now people are able to come and get resources and have secret churches on their own.”

On April 24 of this year, the fifteenth edition of Secret Church will be held at the Church at Brook Hills, in churches around the United States, and in just about every corner of the globe.