From Drop-Out to Board Rooms: Sanjay Singh’s Journey of Diligence and Excellence 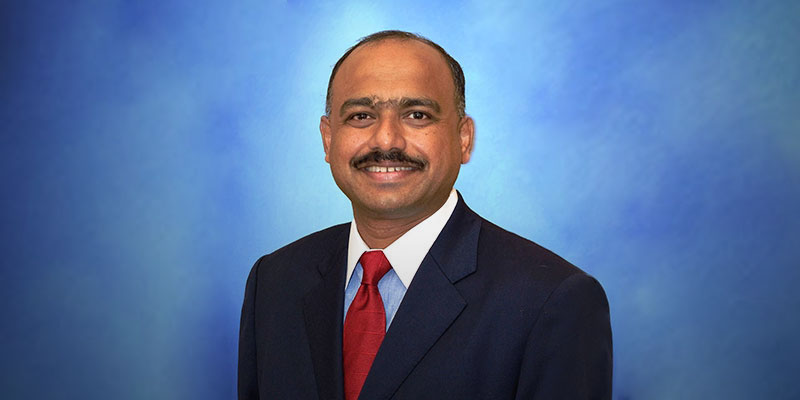 Dr. Sanjay Singh arrived in the United States in 1985 as a college drop-out from India—a country that doesn’t give many second chances.

After some effort, Sanjay was admitted to the University of Texas at Austin, which at the time had the cheapest tuition of any major U.S. university, and his hope of success was revived. That cheap tuition soon disappeared, however, and Singh found himself out of school again, running low on hope and terribly homesick.

Thankfully, he didn’t give up. In 1986, Sanjay made his way Milledgeville, GA to reunite with his childhood friends, and in hopes of attending Georgia College. In the meantime, he was working at McDonald’s to keep himself afloat, but as he scraped pennies together, he was thrust into a robust community of international students that kept the flame of hope alive—and set him on a course he could’ve never imagined.

At a social gathering in Milledgeville, he met a professor named Tom Pritchett who kept asking Sanjay questions about his background, interests, and aptitudes. “One day, after two hours of conversation, he asked me if I could stop by his office the following day,” Singh said. “Needless to say, I showed up at his office at the appointed time, and he uttered something I never could’ve imagined.  ‘Sanjay,’ he said, ‘I want you to join our MBA program.’

“I said, ‘Professor, thank you for your offer, but I don’t think you understand; I’m a college drop out.’”

Completely undeterred, Pritchett said, “Sanjay, I only ask two things of you: that you never make a B in our program and that you take the GMATs before graduation so that you can apply for your Ph.D. program.”

“I was speechless,” Sanjay recalls. “But that conversation changed my life.”

“As grateful as I was, I was immediately struck by how different this was from anything I would’ve ever experienced in India, and it taught me an unforgettable lesson. Everything I’d heard about America was true,” Singh says. “Here, most everybody is willing to give you a chance, regardless of your religion, the color of your skin, or your socioeconomic success. Remember, I was a college dropout working at McDonald’s, from a foreign country and barely a penny to my name. But Professor Pritchett saw something in me, and he gave me a second chance—and that changed the course of my life. At a foundational level, that’s what makes America different—the gracious willingness of so many people to help others, expecting nothing in return.”

At Georgia College, President Dr. Speir had started an International Relations program. “He understood the power of bringing people from different ethnic backgrounds to exchange ideas. He saw how meaningful this could be so he went to the Board of Regents and asked for 20 partial scholarships to pay for out of state tuitions fees for International Student,” Singh explained.

“I became a candidate for this program and was interviewed extensively by local civic leaders. In another incredible turn of kindness and good fortune, they paid all of my out of state tuition, and on-campus part-time work allowed me to purchase books and pay my food and rent.”

Sanjay explained that he worked several jobs at the time, but kept his word to Dr. Pritchett to never make a B.

“In those days—from 1986 until 1990, I worked 40-60 hours a week, was a fulltime student, and never slept more than a few hours a night, but somehow, I made it through, all because of my second chance and a promise to a man who believed in me,” Singh said.

As he was pursuing his masters, Singh worked in the Georgia College computer lab in the mornings and taught himself a great deal about programming and information systems.

“As I thought back about that program almost 30 years ago, we are all international students who got a second chance in America. Every single one of us got good jobs because we were so deeply grateful for our scholarships. That created a work ethic in us that that is second to none. None of us wanted to short change the learning process, and that hard work paid off,” Singh told Yellowhammer.

“So that was my second big lesson, in addition to America is a place of second chances it taught me the value of developing a work ethic where I was never willing to quit until I’d done what I had to on a given day to pursue excellence.I soaked everything in, and that yearning to learn has never left. I’m forever a student, reading, writing, thinking, mastering my skill,” Singh added.

Sanjay also met his wife during those fortuitous days in Milledgeville, so a down-on-his-luck kid from India who’d arrived in small-town Georgia with no money and little hope, left with an MBA, a beautiful wife, and a bright future. And his story was only beginning.

­­­At age of 25, Sanjay decided it was time to get his Ph.D. “I’d really come to love information systems, so that’s what I studied in my doctorate program. The funny thing is, because I went into the MBA program without completing my undergrad, I had to double back and take a good many math and computer classes, which I did at the Georgia College,” he explained.

In the course of earning his MBA and doctorate, Singh made up his mind that if he were ever in a room, sitting across from anyone, he would be an expert in information systems. “I wanted to be a consummate professional in the business of technology and the technology of business,” Singh says, and that’s exactly what he did.

But the road wasn’t always easy.  “At UGA I was fish out of water,” Singh recalled, but the forever student said he learned two big things there from his professors.

“First, they spent time on the application of research, so they taught me that if I didn’t learn how to apply what I was learning, all of that research was just a waste. Second, they were both world class researchers, so they would use me to assist them with these research projects, and that paid my way through school. At Georgia, I learned the inextricable connection between business and research, and I also learned that if you’re creating value, people will come to you.”

When the Singh’s decided to move to Birmingham, people in Athens thought he’d lost his mind, but he came here because the MBA program at UAB’s Collat School of Business was an evening program that would allow him to pursue entrepreneurial opportunities by the day and teach by evening, and that’s what he wanted to do.

“I was a professor, teaching classes to business professionals twice my age and that opened up so many doors for me. It was the best decision of my life. People in the deep south have a reverent respect for knowledge and learning.”

This led Singh to consulting engagements with local companies, and his trajectory of success continued from there.

The co-founders of CTS Inc.— a Birmingham-based software engineering firm—asked if he’d like to become a partner. During Singh’s tenure, the employee-focused company grew to 350+ employees, and its impressive list of clients included Many Fortune 500 companies, including local firms like Regions Financial, Alabama Power, BlueCross and BlueShield, Protective, BBVA Compass, and UAB.

Sanjay credits its success to a combination of hard work by his business partners, colleagues, and relationships that they built through involvement in organizations such as the Rotary Club of Birmingham, Birmingham Business Alliance, Society of Information Managers and the UAB Business School.

Reflecting on his success, Singh says, “Talk is cheap. We had to create a culture that was family-first and that directly contributed to our success. That meant we put the families of our employees first by showing them that we truly cared, and that separated us in the market. Our employees were highly motivated, striving for excellence because they knew we really cared about them beyond the workplace,” he said.

This year, CTS merged with CGI (NYSE: GIB), the 5th largest IT services company in the world with 75,000+ employees and $10-billion+ in revenues.

And Birmingham, Alabama is thankful this penniless kid from India came a bit further south. He’s created hundreds of jobs, enriched hundreds of lives, and it’s quite certain his next endeavor will be just as meaningful as the last.