Dr. Jeanne Marrazzo is a 2020 Woman of Impact 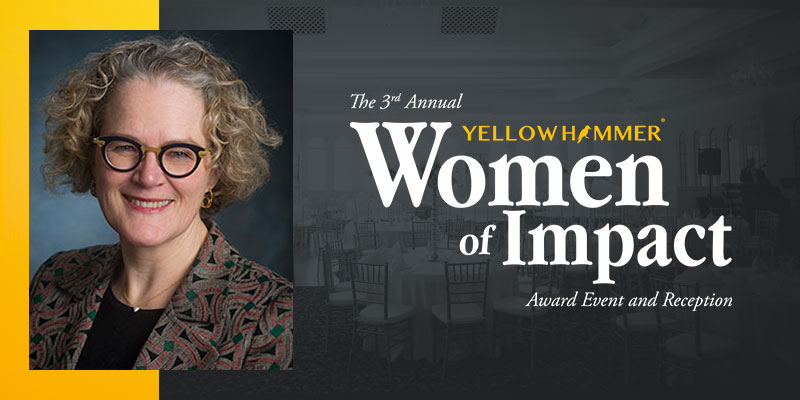 The pursuit of what she terms “lofty goals” has driven Dr. Jeanne Marrazzo throughout her illustrious career in medicine and research.

Marrazzo, a professor of medicine and director of the Division of Infectious Diseases at UAB, is a leading researcher in HIV and sexually transmitted diseases.

She is world-renown for her research and education on the effects of infectious diseases on women’s health, an area of focus fundamental to those lofty goals.

“It is about thinking about the things that matter to women and their families, and how we can really help them have fuller and more determined lives,” Marrazzo explained in a recent interview with Yellowhammer News. “That’s how I got into the whole world of what I do now, and the research that I’ve done.”

She was initially drawn to the field while witnessing the work of her mother as a nurse in northeast Pennsylvania.

Marrazzo’s mother primarily cared for cancer patients. However, it was the end-of-life care her mother performed for HIV patients in the 1980s which had the most significant impact on Marrazzo’s future in medicine.

Seeing this sparked an interest within Marrazzo to explore the effect of the AIDS epidemic on women and women’s reproductive health. That spark soon became a flame, and she accepted a fellowship at the University of Washington, a preeminent center for HIV research.

“Women are biologically, by far, the most adversely affected [by sexually transmitted disease],” she pointed out. “And the transmission of those pathogens to babies is a huge problem worldwide.”

Solving this global problem, an effort to which Marrazzo has dedicated her career, could have far-reaching consequences.

“If you want to work on empowering women and improving their societal and economic standing, you really have to address the issues that keep them down in many, many places,” she outlined. “And maternal morbidity and mortality is a very, very big deal across the world.”

Like so many successful people, Marrazzo remains aware that learning and new discoveries are more likely than having all of the answers.

One of the research studies of which she is most proud was largely a failure, scientifically speaking.

The study she led was in Africa with 5,000 women participating in a program seeking to reduce the spread of HIV. Promising at first, the results of the study ultimately proved to have little to no value.

“We found out with great effort and great humility that women loved the study, they stayed in the study, they came to all the visits, and they were basically lying about the fact that they were taking the medications, the study products,” Marrazzo remarked.

The participating women loved the care and attention they got taking part in the study, and this was actually more important to them than taking the medication, according to Marrazzo.

A failed study in the effectiveness of certain medications resulted in an entirely new approach to how women are treated in medicine. Marrazzo says the medical community now understands that caring for women’s health requires much more involvement than simply saying, “Take this medication.”

In this year of COVID-19, Marrazzo has offered her expertise on infectious diseases frequently, whether it be in the area of testing for Major League Baseball or the best practices for personal hygiene.

And one guiding principle in her practice has always been the importance of collaboration.

“When people can get boxed in as an expert, sometimes we, and I include myself in the collective ‘we,’ we forget that there are so many other dimensions that can be brought to the table,” she stated. “As somebody who has been involved in particularly reproductive health and infectious diseases, you recognize that everybody has a different perspective to bring to the problems that we’re dealing with.”

One example of this concept, according to Marrazzo, deals with Alabama’s high rates of premature delivery and infant mortality.

She says that as a traditional infectious disease physician, it is not something she can really go out and take on all by herself. Rather, it requires working with nurses, OB-GYNs, policy-makers and behavioral intervenors.

“It’s recognizing that there is never a very simple answer to most problems and thinking about constructing a team that can address the problem in a way that gets you a sustained result,” Marrazzo said. “It’s not something that medical people are necessarily very good at because, as you know, a lot of physicians tend to think that they have all the answers, which I learned very early-on is not true.”

The team approach Marrazzo takes to her work has yielded another of her contributions to research and medicine, a commitment to mentoring the next generation.

In fact, she considers mentoring a greater part of her legacy than any other thing she has done scientifically.

“One of the big reasons I came to Birmingham, and to UAB, four years ago, four and a half years ago now, was because I had an opportunity to work with an incredible group of young faculty, young physician researchers, physician educators,” she concluded. “To be able to role model some leadership values, and to be able to work to create an opportunity and environment that was really going to nurture them as they moved forward in their careers was too good to turn down.”

Yellowhammer News is proud to name Dr. Jeanne Marrazzo a 2020 Woman of Impact.