The conservative movement in Alabama must unite, or die 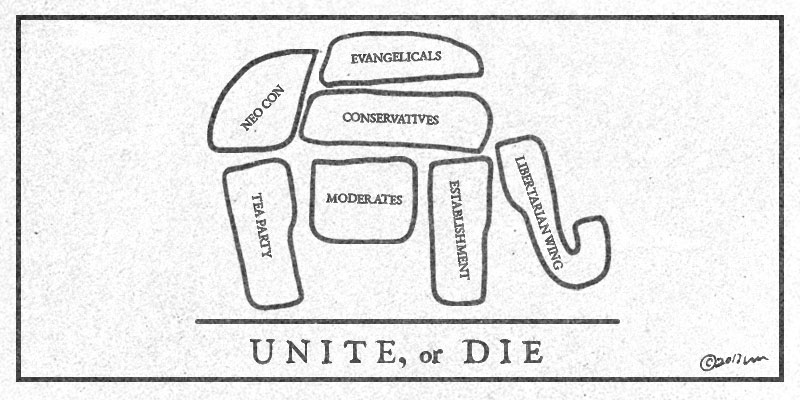 It’s time to come together, y’all.

After taking control of the State Legislature in 2010 for the first time in more than a century, our party began to break into factions.

First, there was a power struggle between our governor and the chairman of the Alabama Republican Party, and then between the party and our Speaker of the House.

Sides were taken, strong words were exchanged, and friendships were bruised.

Years later that governor hauled our state – and our party – through a tawdry scandal, and we had to watch a rather painful trial and conviction of that speaker.

Rather than healing, that process caused old wounds to fester. Our once close-knit movement began to drift further apart.

Then the presidential primary crashed into Alabama like a runaway train, further splitting our movement. Those who supported Donald Trump were called unprincipled sellouts, even immoral. Those who opposed him were called establishment stooges, even liberals.

We said awful things to each other. Nearly healed wounds were reopened, and once mended bones were broken yet again.

Next, before leaving office in disgrace our former governor made a controversial appointment to fill the Senate seat left vacant by Jeff Sessions. Again, the party and our movement were stressed by the questionable call.

Our new governor tried to clean it up by calling a special election for the seat, but all hell broke loose instead.

Millions of dollars poured into Alabama from outside groups. Lies were spread about every candidate in the Republican primary … horrible, bald-faced lies. Many of us took those attacks personally.

Again, we called each other sellouts, not real conservatives, unprincipled and far worse.

And when we finally thought things had settled down and we had a nominee who could, at the very least, sail to an easy victory without much of a noisy campaign … BOOM! The Washington Post published their story.

Conservatives who stuck with Roy Moore were accused of giving a pass to a child molester, and those who thought the allegations were credible were told they were going to hell if they didn’t vote for the judge.

Again, outside groups and individuals swept into Alabama spending millions of dollars to pit us against each other, to prey upon our frustrations, and increase their own power.

Where are they now?

They’re all gone, packed-up and headed off to stir-up trouble someplace else.

Meanwhile, we’re left to pick up the pieces of our movement and our party and then … do what exactly?

Are we conservatives going to continue fighting with one another?

Are we going to continue questioning each others’ motives and principles and even intelligence?

Are we going to remain standing in this circular firing squad and do to our movement what the Democratic Party and the media cannot?

Instead, here’s what we’re going to do:

And in less than two-years, we’re going to retake this Senate seat for the Republican Party and the conservative movement, and take a great deal more than that along the way.