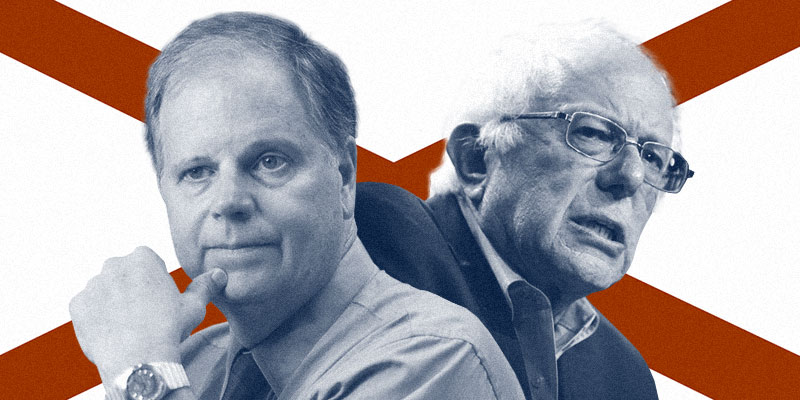 It’s now been a week since the election of Doug Jones prompted Al.com’s editorial board to breathlessly declare that the “voice of justice” had spoken for a “burning movement” of “black voters, LGBT activists, women and young voters” who represent the future of our state.

Their words crackled with confidence and jubilation because, in their minds, the progressive agenda had finally penetrated the Heart of Dixie.

“Doug Jones’s election is a moment of change, not only in Alabama, but for an America yearning for signs that these values matter in 2017,” the editorial board gushed.

We get it. They were excited.

But now that the euphoria has abated, it’s time for them to get back to reality and face the facts: Alabama was, is and will always be one of the most conservative states in the country.

Look around. Has anything changed since Jones was elected?

Are you seeing more rainbow flags flying in our communities?

Did your neighbor trade-in his F-150 for a Prius?

Have you suddenly started agreeing with John Archibald and Kyle Whitmire?

Only someone stuck in an echo chamber of liberalism would think Alabama embraced even a shred of the Democratic Party’s agenda simply because a majority of our voters rejected someone who many believe molested a 14-year old girl.

We un-elected the nominee of the Republican Party of Alabama.

Alabama is still an overwhelmingly conservative state, ranked fifth most conservative by Gallup earlier this year. Republican candidates enjoy a 30-point advantage here (at least when they don’t bring a U-Haul’s worth of political baggage, get credibly accused of sexual harassment and molestation, and then fail to seriously campaign).

Alabama is still an overwhelmingly pro-life state, with nearly 60 percent of its citizens saying abortion should be illegal in all or most cases, according to a Pew Forum survey.

Alabama is still overwhelmingly in favor of traditional marriage, ranking dead last in support for same-sex marriage in a poll conducted by the Public Religious Research Institute.

And we’re not just conservative on hot button social issues either. We strongly believe in limited government.

Consider these findings from a poll commissioned two months ago by the well-respected Alabama Policy Institute in Birmingham:

— “64 percent of those surveyed would be more likely to vote for a candidate that campaigned on reducing or rejecting federal dollars in order to limit the federal government’s influence over Alabama.”

— “79 percent of those surveyed support a proposal for the state Legislature to hold a recorded, up-or-down vote before accepting any federal funding with strings attached that would bind Alabama to specific policies crafted in Washington, D.C.”

— “91 percent of those surveyed support a proposal for state government to conduct an annual inventory of all federal funds coming into the state.”

That doesn’t sound like the Nancy Pelosi/Chuck Schumer agenda to me.

“It’s probably no surprise that Alabamians have a deep distrust of the federal government,” said Leigh Hixon, the senior director of policy relations or the Alabama Policy Institute. “However, the degree to which this is true was very striking.”

So, no, Al.com. There’s no progressive movement starting in Alabama.

The only thing that changed last week was the standards of our state’s voters.

We said there was a standard of conduct and competency for our leaders, or at least a limit to the amount of drama we could take in exchange for their service.

Let’s hope our candidates and party leaders got the message.

(Don’t miss another article from Yellowhammer News. Sign up for our daily newsletter here).