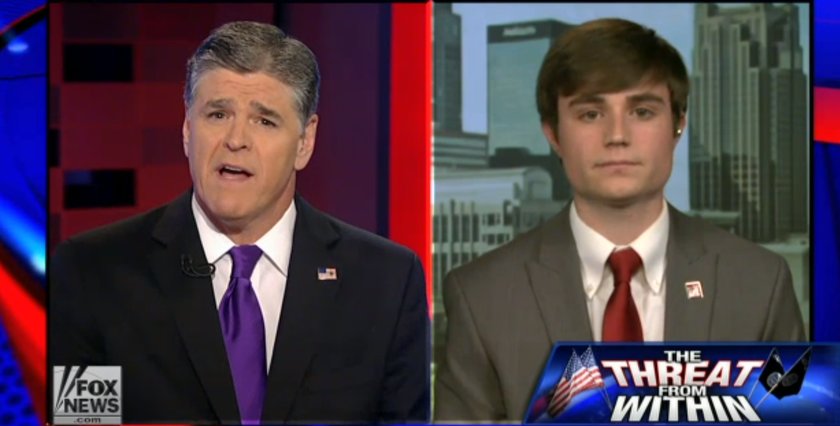 (Video above: Jordan LaPorta is interviewed on Hannity about Hoda Muthana, the former Hoover student who joined ISIS)

HOOVER, Ala. — A former classmate of the 20-year-old Hoover woman who traveled to Syria to join ISIS after reportedly being brainwashed through the terror group’s social media campaigns was interviewed on both Hannity on Fox News and New Day on CNN this week to discuss the surprise gripping the Hoover community.

Sean Hannity interviewed Hoda Muthana’s former classmate, University of Alabama sophomore Jordan LaPorta, Wednesday night to discuss if any of her family or friends saw signs she was slipping toward extremism in the months leading up to her departure.

“It really is a mystery to a lot of people that were close to her,” said LaPorta. “From my understanding, all of this was done online via social media… with Twitter, YouTube, Facebook, a lot of things that people didn’t know she was taking in. And that’s how they got to her.”

“It really was a surprise,” LaPorta added, saying all the extreme statements Hoda made that would have tipped off friends and family were made on secret social media accounts.

LaPorta was also interviewed on CNN’s New Day, where host Michaela Pereira asked him to describe the Hoda he knew in high school.

“It was really surprising to me to hear about this story, because when I thought about my graduating class, Hoda is not somebody I would have thought that would have gone on to do such a thing. She was a very quiet girl, a very bright girl, and someone who would have kept pretty much to herself and a very small group of friends.”

LaPorta said that while he’d never had a conversation with Hoda about her devotion to Islam, she did wear the hijab to school every day, while some of the other Muslim women at Hoover did not.

The news that Hoda had been radicalized, then defected to Syria to join the terrorist group rocked the state earlier this week after an in-depth Buzzfeed article described her slide into extremism and quoted some of the shocking social media posts she had made.

“I want to apologize for what my daughter did,” Hoda’s father, Mohammed, told Buzzfeed. “I believe she’s been brainwashed. She’s not that kind of girl. They brainwashed her.”