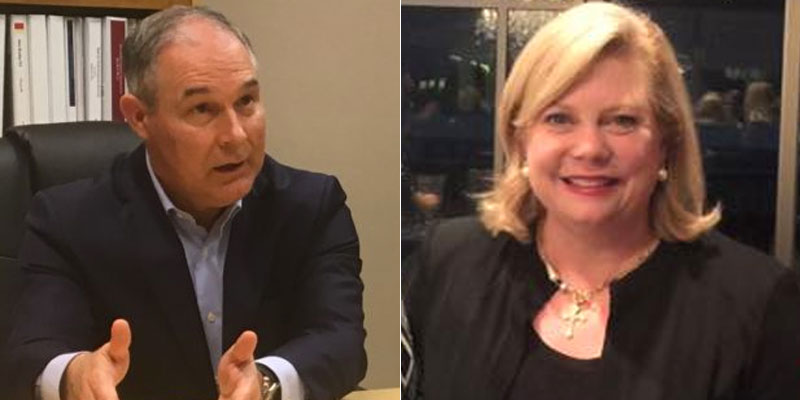 EPA Administrator Scott Pruitt announced plans today to withdraw the Obama-era “Clean Power Plan” designed to curb emissions from coal-fired power plants. At a speech in the heart of coal country in Hazard, Kentucky, Pruitt said he is signing a proposed rule to withdraw the Obama initiative.

“When you think about what that rule meant, that rule really was about picking winners and losers,” Pruitt said.

“The past administration was unapologetic; they were using every bit of power, every bit of authority to use the EPA to pick winners and losers on how we generate electricity in this country. And that’s wrong,” he stated.

“How do we achieve better outcomes by working with industry, not against industry? There are bad actors out there for sure, but it’s not the premise we start with that all industry does not want to work with the EPA to achieve good outcomes. We are getting back to the basics [of] doing our work consistent with the rule of law…It’s Congress that gives us our orders as to how we administer those statutes and gives us the parameters. The last administration just simply made it up.”

“President Obama’s energy policy was a disaster from the start.  I applaud EPA Administrator Pruitt and President Trump for repealing the illegal, job-killing set of bureaucratic regulations known as Obama’s Clean Power Plan.

Alabama has tens of thousands of jobs tied to the coal industry, and the Obama plan threatened to kill not only those jobs but also jobs in manufacturing, small business and farming which depend on affordable energy.

I am glad that common sense has prevailed here.  This is a victory for Alabama jobs and Alabama families.”

This move is consistent with the messages Pruitt stressed in an interview with Yellowhammer earlier this summer, in which he reinforced his commitment to the Back-to-Basics plan. In that interview he stated:

Achieving regulatory certainty on behalf of businesses simply means we’re going to act within the law. Over the past eight years, the EPA has been unpredictable, often going beyond its statutory limits. It has acted haphazardly with respect to its rulings, which paralyzes those we serve.