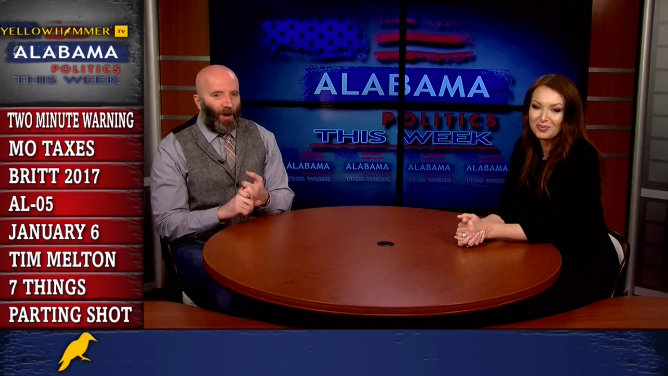 — How much, if any, help did U.S. Senate candidate Katie Britt give former U.S. Senator Doug Jones (D-Mountain Brook) in getting elected in 2017?

— Will the U.S. House of Representatives District 5 race in north Alabama get uglier as we head towards a primary runoff?

Talk 99.5’s Tim Melton joins the show to discuss how the candidates in the U.S. Senate race are being received, attack ads, the January 6 commission and everything happening in Alabama politics this week.

Jackson closes the show with a “Parting Shot” directed at people who decided painting a Civil War cannon in “Pride” colors would be unifying.