Election Day is here, U.S. Senate/AL-5 races have the energy and more on Alabama Politics This Week 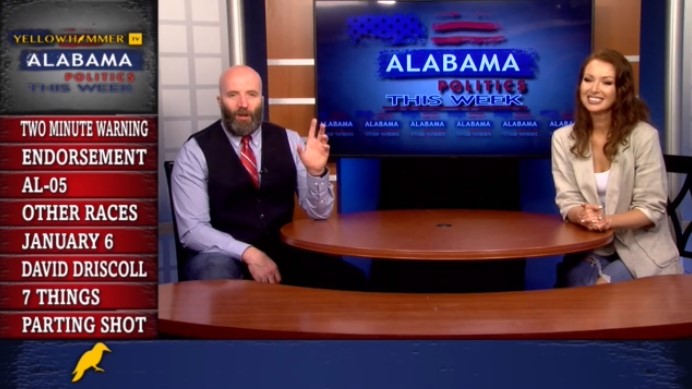 — Former President Donald Trump has decided to re-enter the Republican U.S. Senate primary and endorse Katie Britt. Does that seal the deal?

— As the race for U.S. House of Representatives in District 5 heats up, is this the ugliest race in the state?

— Have the members of the January 6 committee and their allies in the media found a smoking gun that proves former President Donald Trump broke the law?

The founder of The Driscoll Group, David Driscoll, joins the show to discuss how advertising has played a role in the 2022 elections in the state, accusations being flung in different campaigns, closed primaries and everything happening in Alabama politics this week.

Jackson closes the show with a “Parting Shot” directed at those who might be considering overturning the primary loss of Alabama State Senator Tom Whatley (R-Auburn) because of the precedent it could set.