Elizabeth BeShears
August 6, 2015
MONTGOMERY, Ala. — Alabama Governor Robert Bentley (R) Thursday terminated the state’s Medicaid contract with Planned Parenthood after the legitimacy of using any taxpayer dollars to fund the abortion provider was once again called into question following the release of several videos describing its harvest and sale of aborted baby organs and body parts.

“The deplorable practices at Planned Parenthood have been exposed to Americans, and I have decided to stop any association with the organization in Alabama,” said Governor Bentley. “As a doctor and Alabama’s Governor, the issue of human life, from conception to birth and beyond, is extremely important to me. I respect human life, and I do not want Alabama to be associated with an organization that does not.” 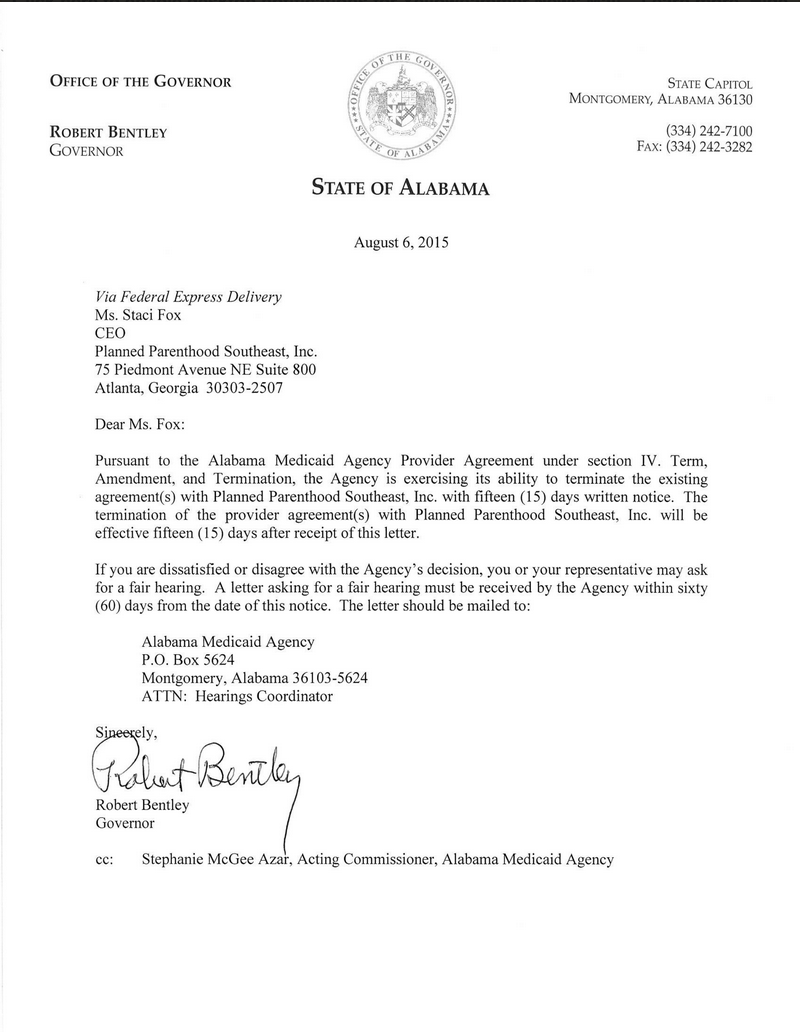 It is through the mechanism of Medicaid—whose funding is controlled through the states—that some red state governors, now including Governor Bentley, have begun their own efforts to defund abortion providers.

Louisiana Governor Bobby Jindal, who is also a 2016 presidential hopeful, announced Monday his state was terminating their contract with Planned Parenthood’s clinics.

Today a committee in the Alabama Senate voted to advance legislation making it a Class B felony to offer or accept money for aborted babies or parts of aborted babies.

“The nation is shocked by videos depicting Planned Parenthood employees callously discussing the dismemberment of babies and the sale of baby body parts for profit. This is like a story out of Nazi Germany,” said Sen. Bill Hightower (R-Mobile) during the committee hearing. “The federal authorities may allow this type of thing, but Alabama won’t – and upon final passage, Alabama will have a law that reflects Alabama’s values.”

This story will be updated as details emerge.