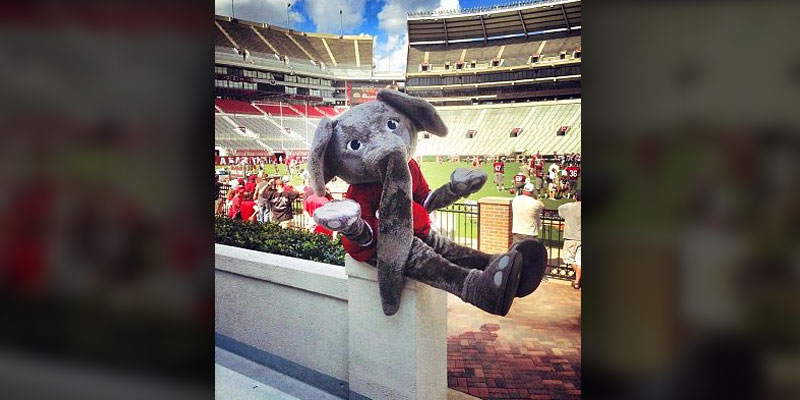 TUSCALOOSA, Ala. — For the second year in a row, Marvel Comics teamed up with ESPN to create an epic comic book cover to promote the start of the college football season. While last year’s covers hyped up major early-season match-ups, this year’s features the first three College Football Playoff National Champions, including the Alabama Crimson Tide.

The Tide are represented by their elephant mascot, Big Al. While usually quite adorable, this version of Big Al looks ready to dominate the gridiron.

The new #CFBPlayoff @Marvel "Who's In?" custom comic cover has been revealed. #MarvelSDCC #SDCC2017 pic.twitter.com/brCE47wInl

Big Al is joined by the mascots of the two other schools to win the CFP Championship: Ohio State and Clemson. Alabama is the only team to qualify for all three playoff fields, winning one and losing to the other two eventual champions.

At SEC Media Days in Hoover last week, the Tide were picked to win their fourth consecutive SEC Championship by those in attendance. Vegas also has Alabama listed as one of the favorites to claim the national championship.

Coach Nick Saban’s squad kicks off its season in Atlanta against the Florida State Seminoles on September 2. The game will be aired on ABC at 7 p.m. CST. Tickets for the showdown have already sold out.