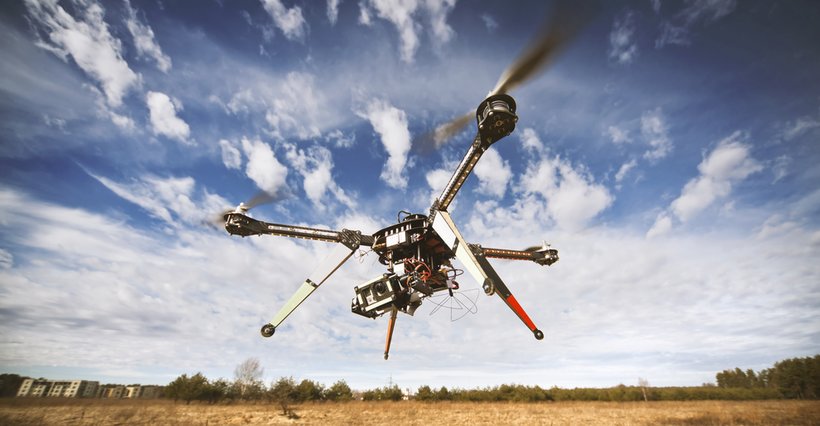 AUBURN, Ala. – Auburn University is positioned to become a key training center for commercial operators of unmanned aircraft as it launches the nation’s first FAA-authorized flight school for those piloting the aerial systems.

Auburn’s Unmanned Aircraft Systems Flight School represents the latest chapter in the university’s longstanding involvement in aviation, and the program is getting started at a time when commercial interest in drones, as they’re often called, is surging. The Federal Aviation Authority approved Auburn’s request in April.

“Having been involved in aviation for 80-plus years, it’s just natural for us to move into the next phase of aviation, the unmanned aircraft systems,” said Bill Hutto, director of the Auburn University Aviation Center. “The fields these craft could be used in is limited only by the imagination – engineering, building science, construction, forestry, agriculture. There’s going to be a big demand for them, and the FAA, by its own admission, is behind the curve on this.”

Hutton said the Aviation Center plans to begin offering UAS flight school classes to the public no later than the first of July.

“We’re building off Alabama’s already rich history and robust industry in aerospace and aviation, and now (we’re) leading the nation in an area of emerging technology that critical to our success in future economic opportunities,” she said.

Auburn, along with other universities in the state, is already active in unmanned systems. Auburn is an affiliate member of the Alliance for System Safety of UAS through Research Excellence, or ASSURE, a consortium of research universities and government industry partners.

As part of the ASSURE initiative, Auburn’s team is collaborating with Huntsville’s Redstone Arsenal on a new military technology used in flying robots that can probe a battlefield for danger before troops are sent in.

The University of Alabama in Huntsville is a core member of ASSURE, which will conduct research at a new Unmanned Aerial Systems Center of Excellence established by the FAA. UAH has been collecting data from unmanned systems operations for several years. It also collaborates with the Army’s Unmanned Aircraft Systems Project Management Office at Redstone.

In addition, a number of companies have unmanned systems projects in Alabama, including Griffon Aerospace, Camber, Sierra Nevada Corp. Dynetics and Lockheed Martin, which acquired Huntsville’s Chandler May, a maker of unmanned aircraft.

Once Auburn’s UAS training is up and running, the program will offer operators flight training outdoors and untethered. Trainees will receive classroom instruction on flight planning, telemetry, safety measures and other essential topics. To receive a certificate, they will have to pass a written exam and a flight test.

“This is not meant for hobbyists who just want to go outside to a pasture or side field and fly them on weekends,” Hutto said. “This is geared toward students who want to prepare themselves to go work for a company and fly one of these as part of their skill set, for faculty members who want to use it as part of their research, or for companies that want to use them to become efficient.”

Hutto said Auburn plans to offer specialized courses in certain fields, such as precision agriculture and law enforcement, and on topics such as geo-fencing and fixed-wing craft. He said Auburn will have the ability to offer flight training courses at different locations around the state.

“These unmanned craft can do incredible things. With geo-fencing programming, they will fly within coordinates, but an operator still needs to understand how it works and what to do if something does go wrong,” Hutto said. “It’s like a commercial pilot flying on autopilot – what happens if something goes wrong with the aircraft? That’s what we want to do with the UAS flight school.”

“We’ve gotten interest from all over the state and as far away as Oregon. We’re gearing up to handle that,” Hutto said. “More and more companies are going to start employing unmanned systems, and they are going to want their employees to be able to fly them properly because these craft can be expensive.”

Auburn has been teaching aviation education for more than 80 years and offers programs in aerospace engineering, aviation management and professional flight management. The university has had a presence at Auburn’s airport since 1939 and has taught flight training for almost 75 years.

RELATED: Are drones poised to have a huge impact on Alabama’s economy?