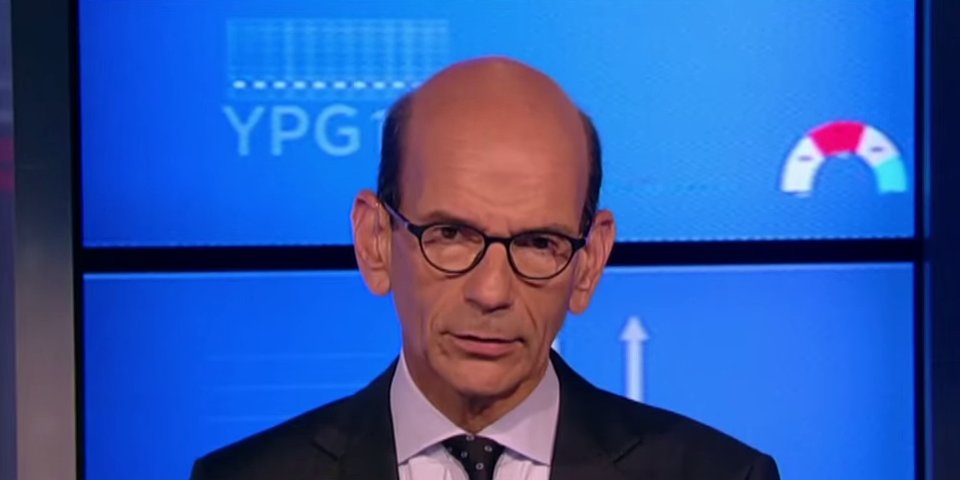 A caller to the “Paul Finebaum Show” on Friday provided some insight into his lengthy marriage, and it was way too much information.

Jim from Colbert County, Ala., a fan of the Crimson Tide, expressed to Finebaum that the secret to his 52-year marriage has been watching Alabama football games “buck naked” with his wife.

Jim says the secret to his 52 year marriage has been watching Alabama games "buck naked" with his wife. Seriously. #FinebaumFriday pic.twitter.com/HI5JFSCoft

The caller was attempting to provide assistance to a Michigan fan who had called and wanted some advice on how to watch football games with her Florida-fan husband. Jim from Colbert County said he had discussed the issue with his wife and that they had come up with a solution.

“The first thing they need to do is about 10 minutes before the game comes on, lock the doors and pull all the shades,” he said. “Go in the kitchen and make a good adult beverage. Carry it in there, and set it on the coffee table. Then, both of them get buck naked, sit down on the couch and watch the game. Paul, I have discovered in 52 years of marriage it’s hard to argue with your spouse if you’re both naked.”

Finebaum ended the conversation by asking the man if he would mind ESPN doing a feature on their game-watching tradition during the upcoming season. Amazingly, the man agreed.

Just when you thought there was nothing ESPN could do to make its ratings worse.