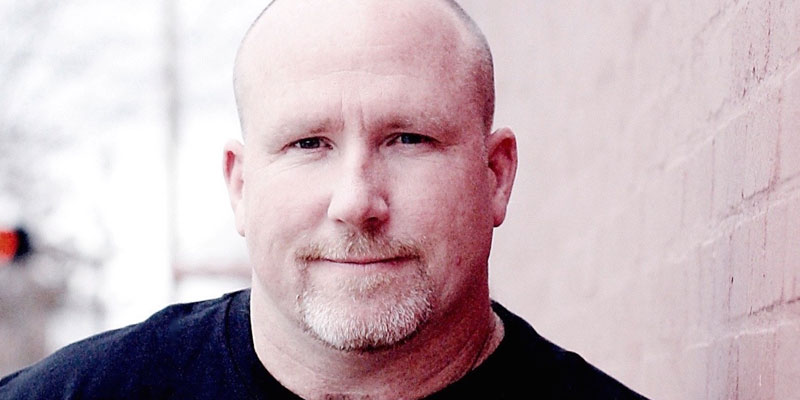 John Finch lost his father to suicide at age 11.

As a young man, John did anything possible to avoid his pain. His craving for affirmation from a father who was gone led John down many unhealthy paths. In an attempt to find value as a man, he created a false persona that left him empty and in even more pain. His life was based on the pursuit of money to prove his success, and he became a social alcoholic as he strived to be the life of every party.

It wasn’t until John Finch faced his pain that he began to become truly fulfilled. On April 10th, 2009, he finally started the process of consciously forgiving his father and surrendering his anger, as he became aware of God’s forgiveness in his own life. It was only then that he began recognizing “what it truly means to be a man by God’s standard…he became a new man, husband, and father.”

John has now been married for 22 years and has three beautiful daughters. He’s deeply thankful for God’s grace that has allowed him to be a father and husband and to serve those he loves without the burden of the bitterness and anger that overshadowed his life for so many years.

Today, John has devoted his life to helping others address the anger and hurt in their own lives by sharing the raw details of his story, his failures, and the peace of his life today. John’s mission is to “educate, encourage and equip men to become the fathers they were created to be and to help men walk in a daily awareness of their significant and lifelong influence as fathers.”

To share his story, John made a short film a few years ago called The Father Effect, and an Alabama TV network has helped him spread the word. EWTN in Irondale is helping the John (who lives in the Dallas, Texas area) share his compelling story. EWTN aired The Father Effect when it premiered last December and again on Father’s Day, and they will air it again this weekend, in advance of the release of John’s new book by the same title.

You can watch part of the Father Effect short film below, and be sure to visit John’s website, thefathereffect.com, to learn more about his extraordinary story of true life change.