In a statement, Governor Kay Ivey said, “I’m so proud to be able to close out this decade with record-breaking economic measures.”

December’s unemployment rate, which ranked fifth-lowest in the nation, represented 2,204,740 employed people, a new record high, representing an increase of 83,971 from December 2018. Additionally, 61,458 people were counted as unemployed, another new record and a drop of 22,051 from last year. Moreover, the civilian labor force grew by 61,920 over the year to a new record high of 2,266,198.

“All year long, we’ve had good news to share, and to be able to end the year, and the decade, on such a positive note is wonderful,” the governor concluded. “Earlier this year, Alabama had never reported an unemployment rate lower than 3.0%, and now we’ve had one for the last three months! Nearly 84,000 more people have jobs now than last year. I’m excited about the path that Alabama is on, and the positive impacts this news has on our people.”

“For the eleventh month in a row, our job growth has met or surpassed the nation’s,” Washington stated. “We’ve gained over 46,000 jobs since last December, and we continue to see employers posting job ads.”

Counties with the lowest unemployment rates last month were: Shelby County at 1.8%; Marshall, Madison and Cullman Counties at 2.1%; and Tuscaloosa, St. Clair, Morgan, Limestone, Lee and Elmore Counties at 2.2%.

Counties with the highest unemployment rates were: Wilcox County at 6.8%, Clarke County at 5.5% and Greene and Lowndes Counties at 4.8%.

Major cities with the lowest unemployment rates were: Vestavia Hills at 1.4%, Homewood at 1.6% and Hoover and Northport at 1.7%.

Major cities with the highest unemployment rates were: Prichard at 5.0%, Selma at 4.9% and Bessemer at 3.7%. 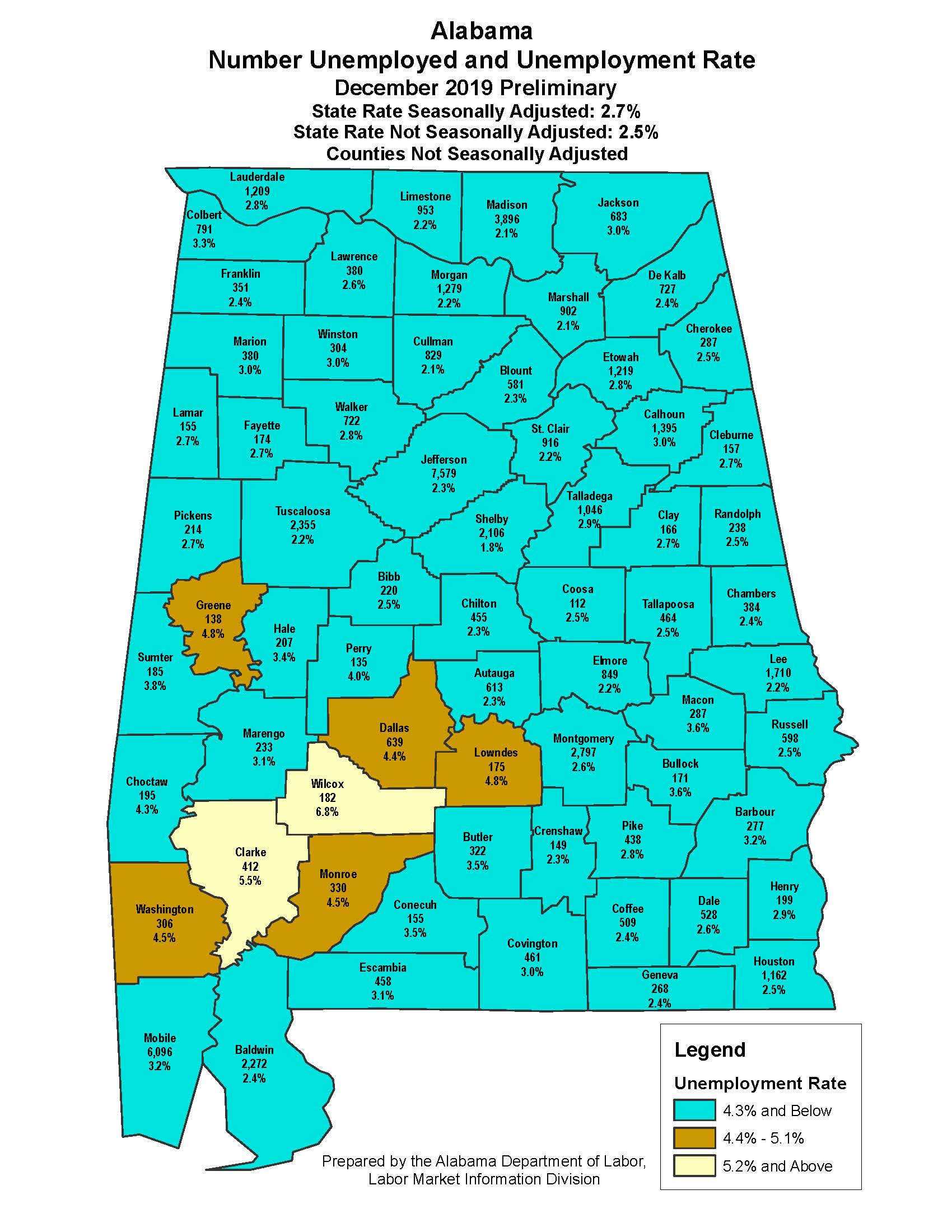