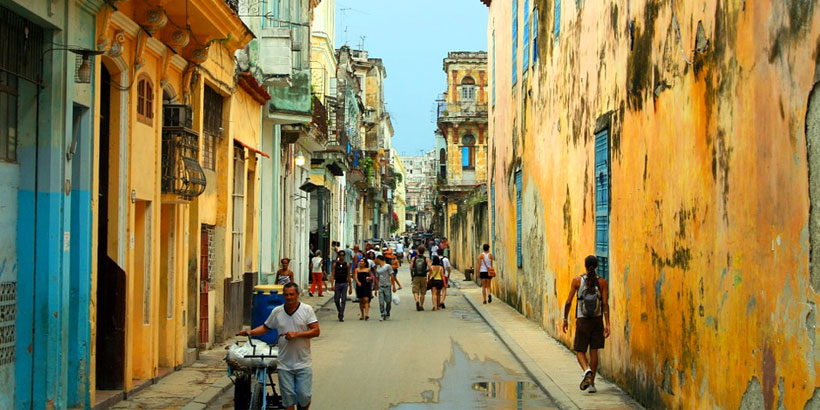 An Alabama company is going to be the first business to have a factory on Cuban soil in over half a century, according to the Obama administration.

The US Treasury Department has approved a two-man, Alabama-based company to build a plant in Cuba that assembles tractors. The factory will build as many as 1,000 tractors per year and sell them to Cuban farmers.

Horace Clemmons, from Paint Rock, Alabama, and Saul Berenthal own the company and expect to begin building tractors in Cuba by 2017. The factory will be located in a special economic zone that the Cuban government has created to attract foreign investment. The plant will cost somewhere between $5 million and $10 million.

This factory will be the first major US business investment on Cuban soil since Fidel Castro took power in 1959. Castro nationalized and confiscated billions of dollars of US corporate and private property in Cuba. This caused the US to issue an embargo against Cuba that blocked practically all forms of commerce with the country and fined non-US companies from doing business with them.

These sanctions remained against Cuba until late 2014, when Cuba’s new President Raul Castro (Fidel’s brother) and President Obama said they would begin restoring diplomatic relations and normalizing other aspects of the beleaguered relationship between the two countries.

Clemmons and Berenthal’s factory will be a huge step forward in this new relationship. US companies are currently only allowed to manufacture products in a special economic zone about 30 miles west of Havana.

The factory will be called the Oggun tractor plant, named after a god from Cuba’s Santeria religion. The plant will assemble easy-to-maintain 25-horsepower tractors for less than $10,000. Clemmons and Berenthal will begin by selling the tractors to private sector Cuban farmers, which will be in line with one of the new guidelines of the new Cuban-US relationship.

This factory is especially significant for Berenthal, who was born in Cuba. He left the country when he was 16. “I have two countries that for 60 years have been in the worst of terms, anything I can do to bring to the two countries and the two people together is tremendously satisfying,” he told the Associated Press.

Berenthal met Clemmons when they both worked for IBM in the 1970s. The two built a successful cash register software company that they sold in 1995, after which they both semi-retired. Between their own capital and the commitments of many private investors, the two will be ready to start building Oggun as soon as Cuba is ready.

The project will begin by exporting the tractor components from the United States, but Berenthal and Clemmons hope to start manufacturing them in Cuba in the near future. The factory will start with around 30 Cuban employees and will hopefully grow to over 300 employees in the first five years.

Berenthal and Clemmons already have plans to start manufacturing excavators, backhoes, trench-diggers and forklifts at Oggun as well. Many of these machines are greatly needed to help improve Cuba’s infrastructure, which has fallen into decay after years of neglect and lack of funds.