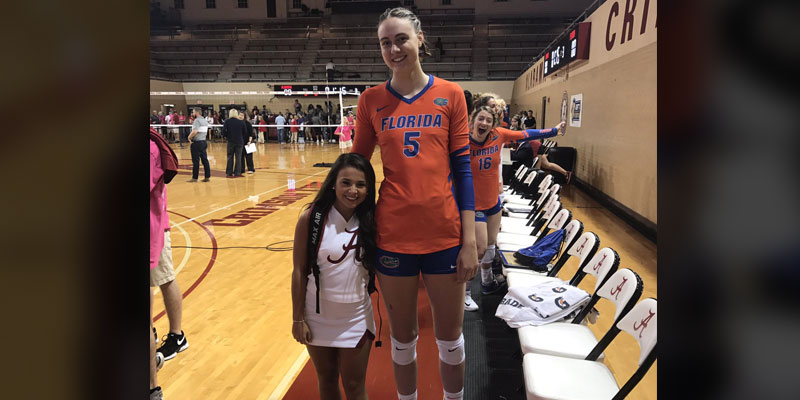 The University of Alabama typically makes sports news for its huge linemen, towering receivers, and thundering running backs. However, one small Alabama student has taken the internet by storm.

Isabella Donahue, a University of Alabama cheerleader, posted a picture of her and Rachel Kramer, a volleyball player from Florida, that has the entire internet laughing.

Donahue originally posted the picture with the caption “If you’re wondering how big a 2 foot distance is.” Many were startled at how high Kramer towered over her. According to campusnews.net, Donahue is 4 feet 8 inches tall, while Kramer is 6 feet 8 inches.

If you're wondering how big a 2 foot difference is pic.twitter.com/X2vY5e9d4q

The post immediately went viral, as it was spread by the SEC and national media outlets such as NBCSN, SB Nation, and SEC Network. It even prompted others to share their lopsided height pictures as well.

It just goes to show, even viral pictures can come in small packages.