During a Wednesday speech to members of the Association of County Commissions of Alabama (ACCA), Sonny Brasfield issued a call to action for county governments to move past their pandemic-influenced approaches and begin tackling new challenges which lay ahead.

Brasfield, who serves as the association’s executive director, sought to rally participants in ACCA’s 93rd annual convention toward what he termed “a new day” following the event’s conclusion.

“It is time to move beyond what we’ve been through the last 18 months,” he emphasized. “The question is how do we move beyond it? How do we approach that in a productive and effective way?”

While noting extensive health and safety precautions taken in putting on the convention, Brasfield detailed his belief that it was important to readjust their collective mindset and manner of getting things done for the good of Alabama’s counties and the state as a whole.

“Erase the thing that stopped our forward motion,” directed Brasfield.

Formed in 1929, ACCA serves as an educational resource and public policy advocate for Alabama’s 67 counties.

Brasfield and his staff chose the “reset” theme for their convention as a way to drive home his point.

“The idea is you press this button and the juice starts back,” he said. “The motor starts running again. We are back doing what we know how to do. It’s time to press the reset button. This meeting is a symbol for us. It was important for the board of directors for this to happen.”

For the state’s county commissioners, it starts with a responsibility to constituents at home, then works out from there, according to Brasfield.

He outlined that the well-being of Alabama’s counties is interconnected, indicating that the effectiveness with which each commissioner takes care of their district and county matters to the rest of the state.

Supporting Brasfield’s notion of strength acquired through a mutual purpose was Gary Moore, who spoke subsequently to Brasfield on Wednesday morning.

Moore, immediate past president of the National Association of Counties, explained the urgency with which his group had to approach negotiations during passage of the American Rescue Plan Act.

The act was passed by Congress in early 2021 in an effort to combat the public health and economic impact of the pandemic. Included in the $1.7 trillion piece of legislation was more than $65 billion in direct aid to county governments.

“When I heard $1.7 trillion, it started off at $1.9 trillion, I’m thinking, ‘My goodness, all that spending, who is going to pay for all that? Our kids, our grandkids? Is this good?’” Moore recalled. “The jury is still out on that. But I will say that the number was the number.”

He continued, “[W]hen Congress goes to do something, they pick a number of what that bill is going to be and that is the number. Every time the county aid, the $65.1 billion, fell out of that package, the $1.7 trillion did not go down by $65 billion. Somebody else was going to spend that money somewhere. And that’s when I, as a conservative, said, “Well, I know to spend that better in my county than somebody in Washington.”

Similar to Boone’s experience in Washington, Brasfield warned of the need for people who care about what goes on in Montgomery to reengage in the same way they did prior to the COVID-19 pandemic.

“We’re not living by Zoom anymore,” Brasfield concluded. “We’re pressing reset. We’re going back to being face-to-face and investing our time and energy and expertise in being who we are.”

State Rep. Garrett on lackluster workforce participation rate: ‘Through the back door’ we’ve set a new minimum wage at ‘about $15 an hour’

Gov. Kay Ivey awards $4.8M in grants toward innovation and research in Alabama 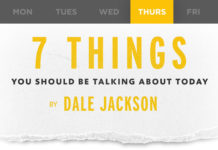