Our team has spent weeks talking with key operatives and analyzing recent developments in public policy and politics, and today, we’re taking a look at a new group of Alabama leaders poised to be part of the next generation of power and influencers.

This follows last week’s publication of the Yellowhammer 15 and the Power & Influence 40 lists. These honorees will be celebrated through the 5th annual Power of Service event, which will take place Thursday, October 17, in Montgomery.

The 2019 Power of Service Award will be presented to Horace Horn.

Read more about the event here. 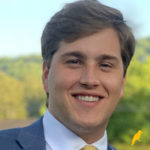 A recent engineering graduate of the University of Alabama, Curtis Bowden already seems destined for power and influence in the state. Currently working in the regulatory affairs division of Alabama Power, Bowden is perfectly placed for success in a company known for churning out top-notch governmental affairs professionals. He was a natural presence in the statehouse this past session and is set to steadily rise in responsibility and stature in the coming years. 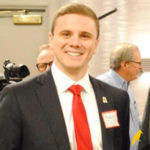 Fundraising might just be the nichiest niche in politics. Luckily for candidates and elected officials in Alabama, EBW Development, led by owner and principal Elizabeth Bloom Williams, is the best of the best. Bradley Cox is a relative newcomer to the fundraising world, but he has hit the ground sprinting since joining EBW Development following the 2018 cycle. He is learning from a master of the craft, and coupled with his impressive background in political consulting and campaign work, Cox is poised to become a household name within the #alpolitics world. 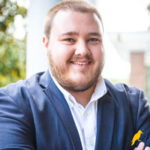 There are very few people in state politics who manage to keep a strong foothold in both political consulting and governmental affairs work. Dalton Dismukes, even at a young age, is one of those few. This past session, he lobbied for the Jones Group and was an omnipresent figure in the House gallery. However, he is also a go-to campaign professional, including being a trusted advisor to the House Republican Caucus’ political operation this past cycle. Dismukes currently has his hand in at least one federal race and is one of Leverage’s top operators. He’ll be an influencer in state politics for decades. 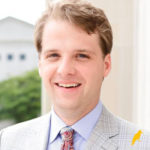 You’ll be hard pressed to find a governmental affairs operation with more knowledge or integrity than Alabama’s Capitol Resources office, led by Toby Roth and John Hagood. Adding Will Fuller to their team this session only reinforced this reputation. Fuller, also a razor-sharp campaign consultant, is extremely well connected in the state’s judicial circles — which sets him apart from his peers in a major way. However, observers in Montgomery were blown away this spring at how Fuller navigated the statehouse circus. Poise. Honesty. Work ethic. No will out work — or out prepare — him and his ability to handle complex policy issues would make someone thrice his age jealous. Fuller could become one of the best lobbyists in Alabama before long. 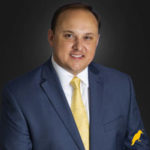 In Alabama’s ultra-competitive higher education world, normally the University of Alabama System and Auburn take all the air out of the room when it comes to lobbying. Yet, Nick Lawkis in recent years has been building relationships right and left, steadily giving the University of South Alabama a real seat at the table in Montgomery. His hard work was recognized this year when South promoted him to executive director of governmental relations, however his star is just beginning to rise. South will do well to keep Lawkis long term. 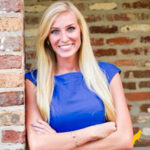 Speaking of the University of South Alabama, this recent grad and former student government association president is already making waves just months after starting work at the Alabama Secretary of State’s Office. Promoted from assistant to the chief of staff to press secretary recently, Grace Newcombe has the kind of naturally inquisitive personality needed to thrive in the realm of governmental affairs and public policy. She is expected to also handle legislative affairs duties in the statehouse for the office during the 2020 session, and her charisma, intelligence and resolve will be readily apparent from the very first drop of the gavel. Newcombe has the kind of presence that can’t be taught — and could one day easily make the leap to become a candidate herself. Either way, she will be at the very top of the ones to watch in her generation. 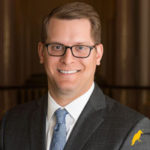 Jess Skaggs should be on the short list for any statewide officeholder in Montgomery looking to build an elite staff. Lt. Governor Will Ainsworth recognized this, making Skaggs a seemingly immediate hire from the Department of Agriculture and Industries after he won in 2018. Skaggs handles a broad array of important duties for the lieutenant governor’s office, including communications. This puts him on the front lines when it comes to public visibility. With Ainsworth’s ceiling seemingly limitless in politics, this puts Skaggs in prime position to continue his ascent. He seems born to be a power player in Alabama and could soon be a fixture on the Power & Influence 40. 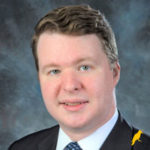 With the resume of someone twice his age, Adam Thompson has seemingly already done it all. Now serving as deputy commissioner of the Alabama Department of Senior Services, Thompson has served as Governor Ivey’s appointments director and deputy chief of staff for policy, as well as the regional advocacy director for the education non-profit founded by former Florida Governor Jeb Bush. If that’s not enough, Thompson was Beth Chapman’s right hand when she served as state auditor and later as secretary of state, giving Thompson an experience and knowledge base in state government unsurpassed in his age group. Thompson has run for public office before, too, and whether his future is behind-the-scenes or not, he is undoubtedly one of his generation’s preeminent public servants.