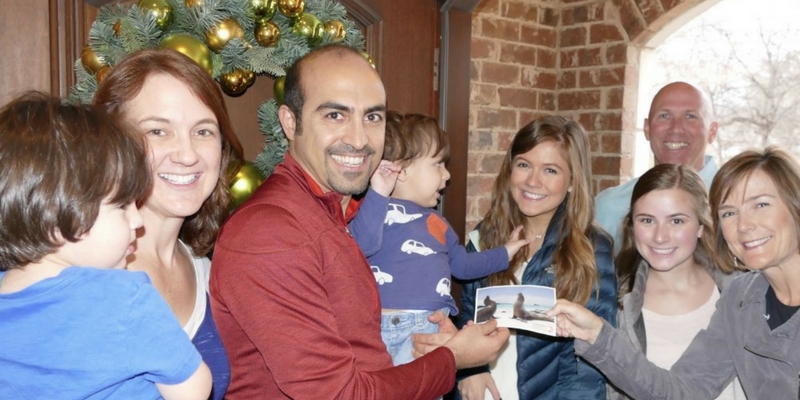 A weather-worn wooden barrel rests in the sand some 600 miles off the coast of South America. Stacked in the bottom of the barrel are scores of postcards awaiting their chance to be delivered. What’s that going to take? Just the right Galapagos vacationer willing to participate in the 200-year tradition of Post Office Bay at Floreana Island.

This unusual Galapagos tradition involves travelers leaving addressed, unstamped postcards in the barrel in hopes that another traveler will pick it up and hand-deliver it. The guardians of this timeworn tradition? Colonies of marine iguanas and sea lions. 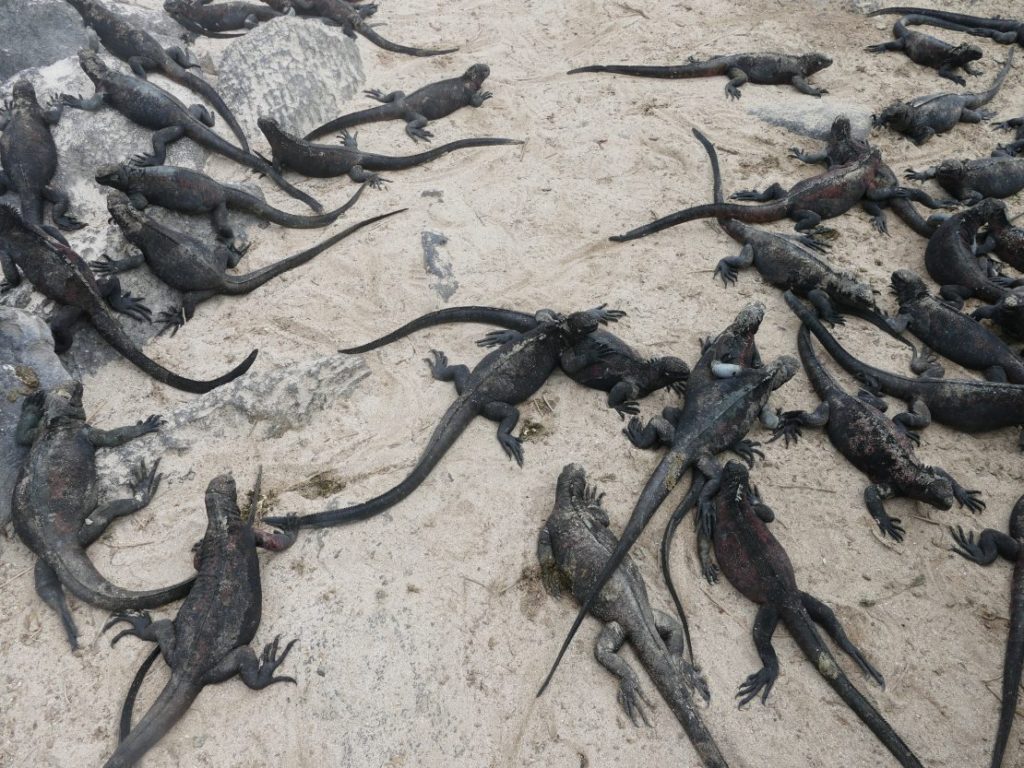 If you read 5 Tips for Visiting Post Office Bay, then you know that we discovered three postcards addressed to homes in our area: Auburn, Homewood, and Montgomery.

However, once we found ourselves back home in Alabama, Delaney’s excitement about delivering the card to some random house in Auburn began gnawing at me a little. The initial excitement of discovering the postcards at Post Office Bay had worn off and been replaced with twelve years’ worth of Criminal Minds episodes streaming through my head. For all I know, the Davidsons from Auburn are serial killers and I’ll never see Delaney again if I let her deliver that card alone. What’s a mother to do?! 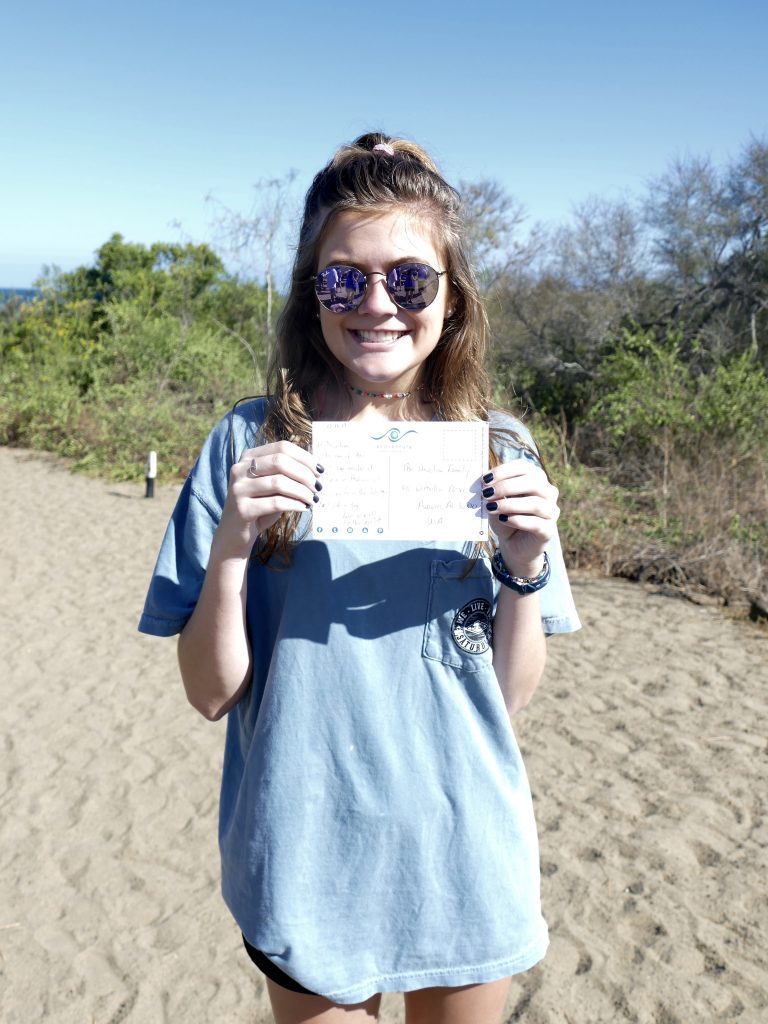 Acting like Penelope Garcia minus the creative attire, I put my internet sleuthing skills to work. My goal? To see just how quickly I could vet this unknown family from Auburn. It’s amazing what you can learn about someone in just ten minutes when you combine the power of Google with Facebook. Not only did I learn that the Davidsons are not serial killers, they are upstanding members of the Auburn community. But the cherry-on-top was learning that Mrs. Davidson is a lifelong friend of my former next-door-neighbor and sorority sister of another close friend!

Encouraged by the Auburn results, I got busy  researching the Montgomery and Homewood families. I struck out completely on the Montgomery postcard, but I had great results with Homewood. 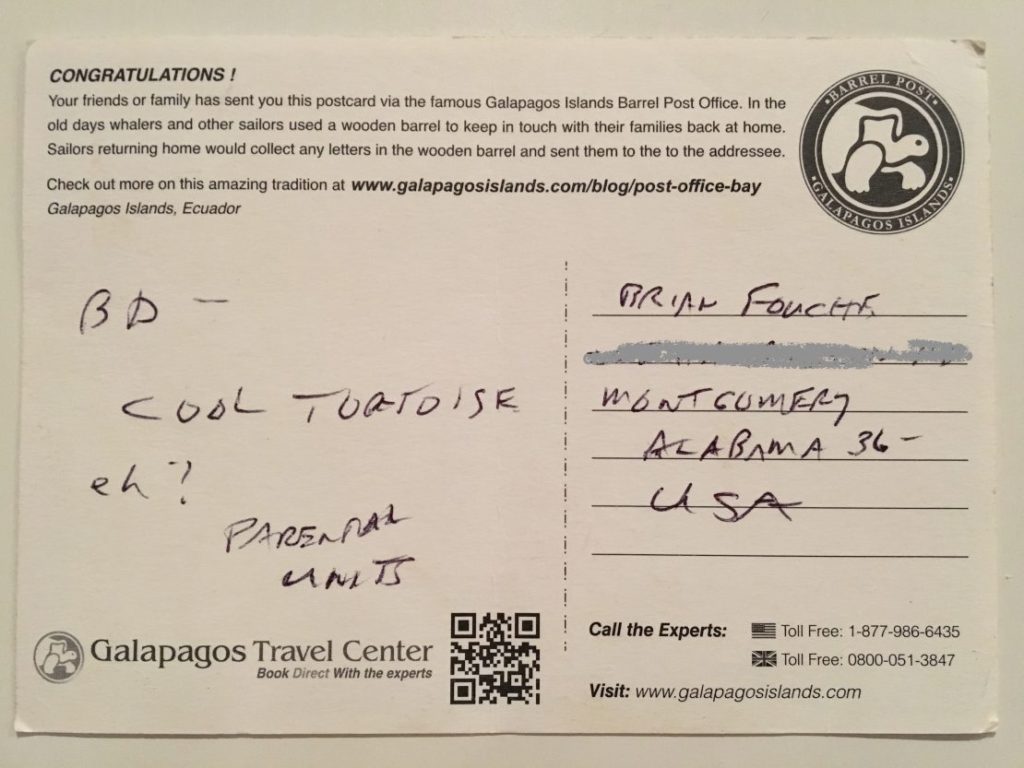 The postcard was addressed to Dylan and Gavin Rasulnia. After some digging, I found their father, Mazi, on LinkedIn and was delighted to learn that we share (5) first degree connections. Coincidentally, we also both completed graduate work in the same field at UAB’s School of Public Health. I fired off a LinkedIn message to Mazi and hoped to hear back quickly.

It turns out that I wasn’t the only one doing the vetting.

After receiving my borderline creepy message asking about his boys and requesting to hand-deliver a postcard, Mazi got busy making sure that I wasn’t the serial killer. He quickly called his brother, Bobby, the only person he knew who’d recently been to the Galapagos. Knowing nothing of the Post Office Bay tradition, Mazi started explaining that he’d received a strange message from a random woman claiming to have something for his kids. When Mazi told Bobby that I was asking to drop by his house, Bobby enthusiastically responded, “Tell her YES!”

And so he did.

On a cold Sunday afternoon–just three weeks from the day the postcard was dropped in a barrel 2,400 miles away–we knocked on Dylan and Gavin’s front door. Not only did we get to meet Mazi, his wife Rachael, and their boys Dylan (3) and Gavin (16 months), but Uncle Bobby and his traveling companion, Charlie, were there for the special delivery too!

Within moments of meeting the Rasulnia clan, we were chatting and laughing like we’d known each other for decades. We swapped travel stories of adventures and misadventures across seven continents. It turns out that Mazi and I aren’t the only ones with a Public Health background; Bobby works for the Centers for Disease Control (CDC) and had many interesting tales in connection with his global health efforts.

Before we knew it, an hour-and-a-half had passed. What began with handshakes ended with hugs as we promised to share itineraries and stay in touch. The easy kinship and quick bond confirms my theory that there are no strangers among travelers. 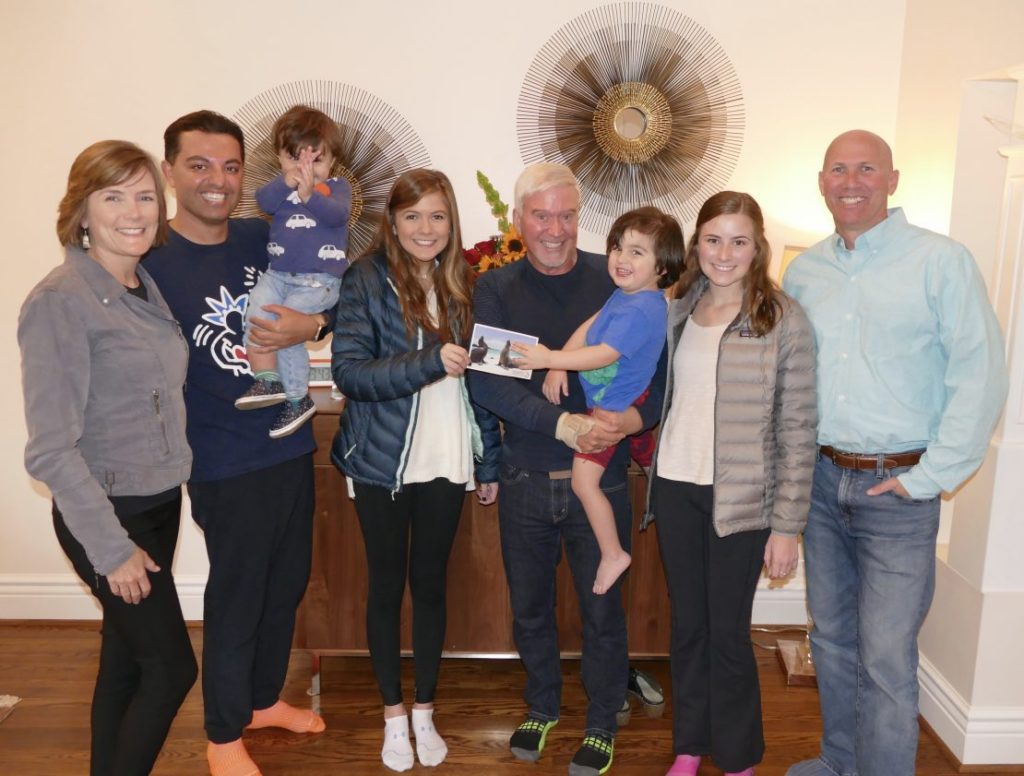 Want to Get Involved?

There are two ways you can experience this intrepid Galapagos tradition:

Take a look at this postcard. If you know who Brian is, please let us know! Once we confirm that he’s not a serial killer, we have a delivery to make.

Kelllie McIntyre blogs about her family adventures traveling the world on a budget at 4wornpassports.com Follow them on Twitter @4WornPassports.