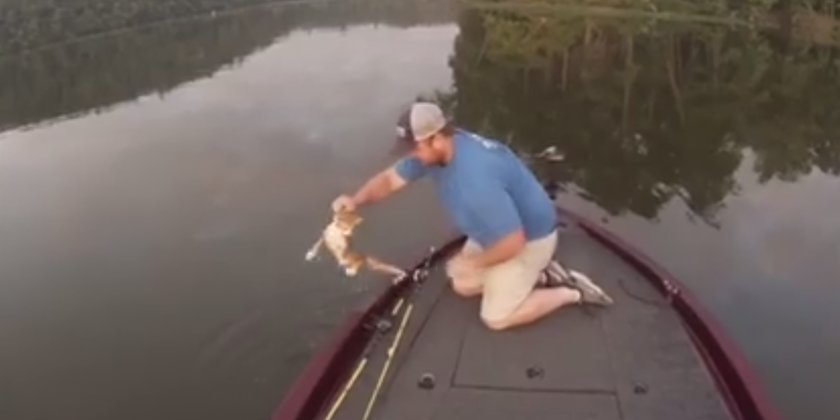 Alabamians Jason Frost and Brandon Key were enjoying a Saturday on the Warrior river bass fishing when the pair saw something unexpected in the water.

“Never in my life have I seen something like that,” said Jason Frost, as he pulled a sodden kitten out of the Warrior River this weekend.

Yes, a kitten. As in a juvenile cat.

“The Warrior River never fails to surprise me,” Frost wrote on Facebook. “This puts a new spin on the term ‘catfishing.'”

Since being posted Saturday the video has already garnered more than 250,000 views, and is closing in on 10,000 shares.

The two kittens, which Frost and Key speculate were dumped by the riverside, have already found new homes.

Frost said he has received messages from across the country thanking him for rescuing the two felines.