Watch: MSNBC’s Chris Hayes’ reticence to debate Mo Brooks on 2020 shows you how gatekeeping is a hidden form of media bias 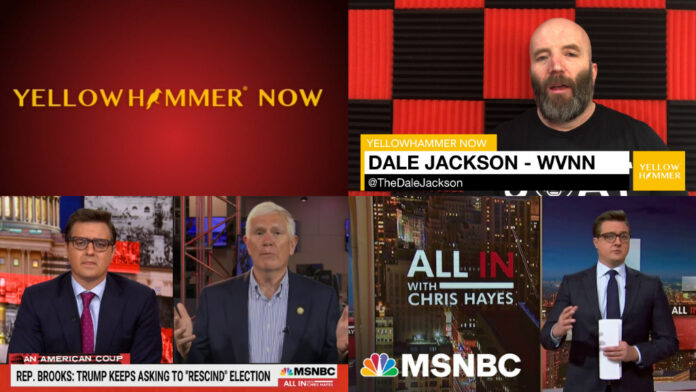 MSNBC’s Chris Hayes brought U.S. Rep. Mo Brooks (R-Huntsville) on his “All In” program to discuss the January 6 committee ahead of its primetime television spectacular. Hayes used the time to cover all the old tropes about that day with no new ground covered.

Towards the end of the interview, Brooks challenged the host to a debate on the 2020 election to discuss allegations of fraud and malfeasance by elected officials overseeing those elections.

Not surprisingly, Hayes wanted nothing to do with that conversation.