Watch: A GOP congressman is attacked, and MSNBC’s Chris Hayes argues the attacker’s quick release is part of a conspiracy on the part of the victim 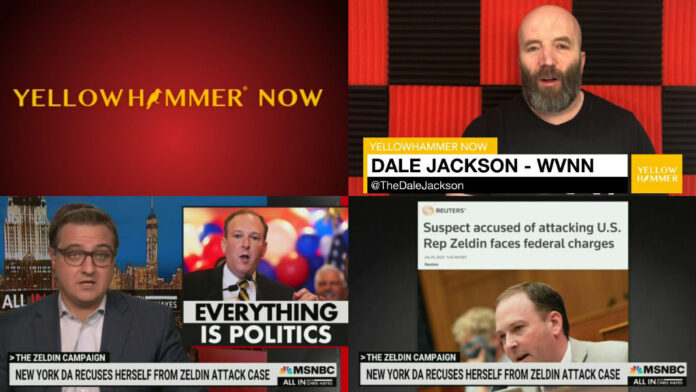 When U.S. Representative Lee Zeldin (R-N.Y.) was attacked by a man with a sharp object last week, Americans were shocked how quickly the alleged attacker was released from police custody.

But they shouldn’t have been. Anyone paying attention knows that liberal police reform means less people in prison for shorter time period. Zeldin has been running for governor of New York with this issue leading his campaign.

MSNBC’s Chris Hayes sees this as the beginning of an intricate conspiracy theory that leads to the governor and prosecutors conspiring to release the suspect to be used in pro-Zeldin media propaganda.

Hayes is the conspiracy theorist here.