In the wake of Brexit, Alabama congressman wants U.S. to exit U.N. 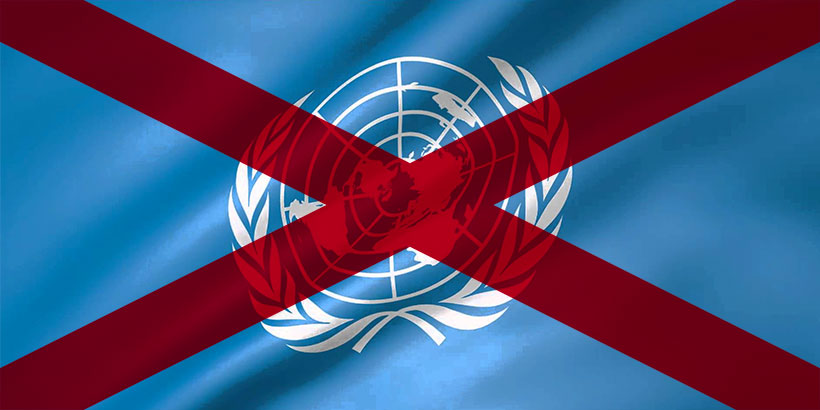 WASHINGTON — The pro-nationalist, anti-globalist sentiment is spreading in the wake of Brexit, the United Kingdom’s vote to leave the European Union (EU), and one Alabama congressman is hoping it could spur the United States toward exiting the United Nations (UN).

Rep. Mike Rogers (R-AL3) has long been one of the most vocal opponents of the UN and recently laid out his major issues with the multi-national organization in the following statement:

The United States’ participation with the United Nations (U.N.) should end immediately. The U.N. continues to prove it’s an inefficient bureaucracy and a complete waste of American tax dollars.

Although the United States makes up almost a quarter of the U.N.’s annual budget, the U.N. has attempted a number of actions that attack our rights as U.S. citizens.

To name a few, these initiatives include actions like the Law of the Sea Treaty, which would subject our country to internationally-based environmental mandates, costing American businesses more money, or the U.N.’s work to re-establish an international regulation regime on global warming which would heavily target our fossil fuels.

The U.N. has also offered a potential Arms Trade Treaty which would threaten our Second Amendment rights and impose regulations on our gun manufacturers, who are already facing regulations and pressure from the Obama Administration.

Lastly, the U.N. does not support Israel and voted to grant the Palestinian Authority “non-member state” permanent observer status.

For some UN officials, the feelings of disdain are mutual.

The Office of the United Nations High Commissioner for Human Rights released a statement late last year blasting the State of Alabama — and the United States more broadly — for its record on women’s and immigrants’ rights.

According to the UN, the organization sent a three-member delegation to Alabama, Oregon and Texas last year at the invitation of the United States government.

The leader of the delegation was feminist college professor Frances Raday, Chair of the Israeli Association of Feminist and Gender Studies and Vice-Chair of the UN Human Rights Council Working Group on Discrimination Against Women.

“We acknowledge the United States’ commitment to liberty, so well represented by the Statue of Liberty which symbolizes both womanhood and freedom,” said Raday. “Nevertheless, in global context, US women do not take their rightful place as citizens of the world’s leading economy, which has one of the highest rates of per capita income. In the US, women fall behind international standards as regards their public and political representation, their economic and social rights and their health and safety protections.”

Among the delegation’s specific criticisms of Alabama is the state’s photo voter ID law, which it claims is discriminatory toward women.

“Our group is concerned that changes in voter identification laws, such as those in Alabama, which increase bureaucratic requirements for voter identification, in particular problematic for women who change their name in marriage and reduce the number of voting centers, can make registration and voting less accessible for the poor, of whom a majority are women,” Raday said in a somewhat difficult-to-follow sentence.

The UN delegation also bemoaned the state of “women’s reproductive rights” in Alabama, saying there are a lack of abortion providers and “many of the clinics work in conditions of constant threats, harassment and vandalising (sic), too often without any kind of protection measures by law enforcement officials.” Raday also said Alabama has “a history of severe violence against abortion providers.”

Raday concluded the UN delegation’s criticisms of Alabama by claiming the state discriminates against immigrations by not allowing them to enroll in Medicaid.

“According to various stakeholders we met… Alabama (does) not allow lawfully residing immigrants to enroll in Medicaid even after completion of the federal waiting period of five years,” she said. A spokesperson for Medicaid did not immediately return Yellowhammer’s request for comment. The UN group also criticized the United States a whole for not providing government healthcare to all of its citizens.

The United Nations’ criticisms of the United States are nothing new, but still may come as a surprise considering the US is by far the UN’s largest funder, contributing 22 percent of the organization’s total budget, the maximum allowed under its bylaws. The US also funds over 28 percent of the UN’s “peacekeeping budget,” which has over 80,000 troops deployed worldwide.

Congressman Rogers’ frustrations with the U.N. led him to introduce H.R. 1205, the American Sovereignty Restoration Act of 2015, which he said would “end country’s participation in the U.N. and any organizations affiliated with them.”

“Why should the American taxpayer bankroll an international organization that works against America’s interests around the world?” Rogers asked rhetorically. “The time is now to restore and protect American sovereignty and get out of the United Nations.”