VIDEO: Trump/Kim summit — there will be no Gubernatorial debate — IG report says “no bias,” and more on Guerrilla Politics! 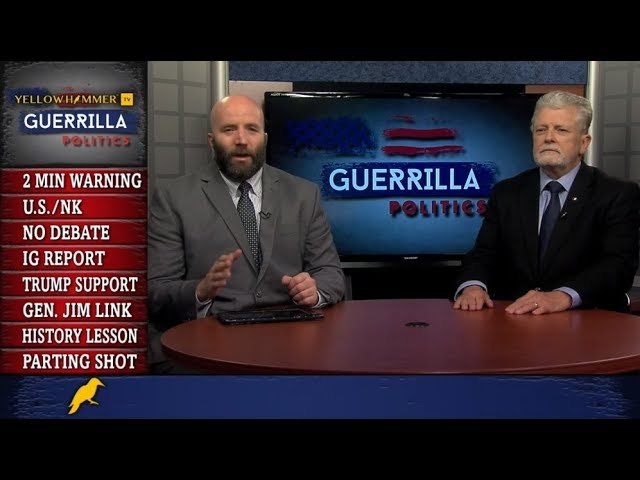 — Who comes out looking best from President Donald Trump’s trip to Singapore?

— The debate between Gov. Kay Ivey and Mayor Walt Maddox is never happening, so can we stop talking about it?

— How can the IG report show bias and then declare that there was none?

Lt. General James Link joins Jackson and Burke to discuss his the summit between the United States and North Korea.

Jackson closes the show with a “Parting Shot” directed at President Trump’s random pardons and commutations.