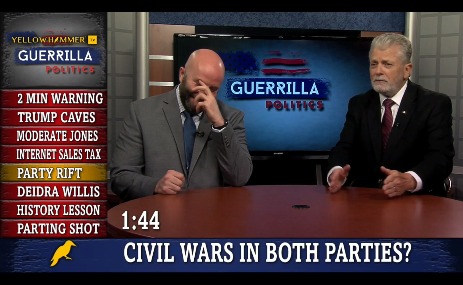 — Why did President Donald Trump cave on immigration and what do Democrats really want?

— How can Doug Jones keep his “moderate” label while co-sponsoring liberal bills on immigration?

Jackson closes the show with a “Parting Shot” directed at folks who want open borders but don’t have the guts to say so.