Video: How T-100 trainer jets would come together in Tuskegee 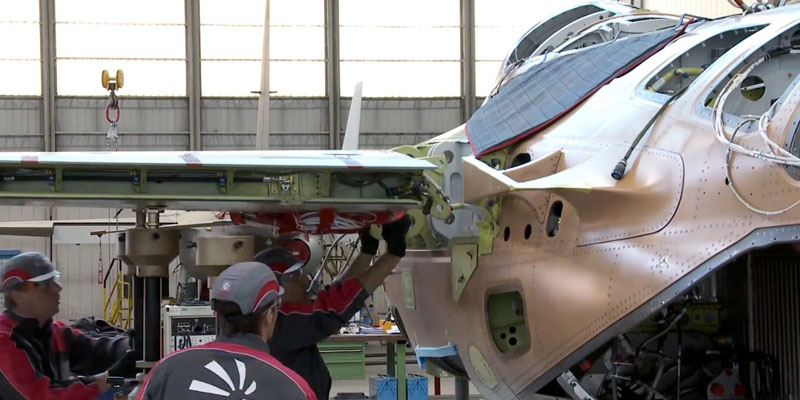 Leonardo announced plans Thursday for an advanced manufacturing center in Tuskegee for its T-100 trainer jet, one of the contenders in an Air Force competition for a trainer to replace its aging fleet of T-38 aircraft. If selected, Leonardo will hire 750 people for its Alabama factory, which involves an investment topping $200 million.

A fast-paced video from Leonardo shows how T-100s would be assembled at the facility.

Leonardo’s twin-engine T-100 is currently being used to train pilots around the world to fly next-generation fighter aircraft. The trainer, based on the company’s proven M-346 aircraft, has been selected for this role by Italy, Israel, Singapore, the United Arab Emirates and Poland.

Leonardo said its project in Tuskegee calls for the creation of 750 high-wage, full-time jobs over a 10-year ramp-up period, beginning in 2019.

An Air Force decision on the T-X trainer jet competition is expected by year’s end.