VIDEO: Ivey is extremely popular right now, Alabama prisons are still terrible, Turkey of the Year and more on Alabama Politics This Week … 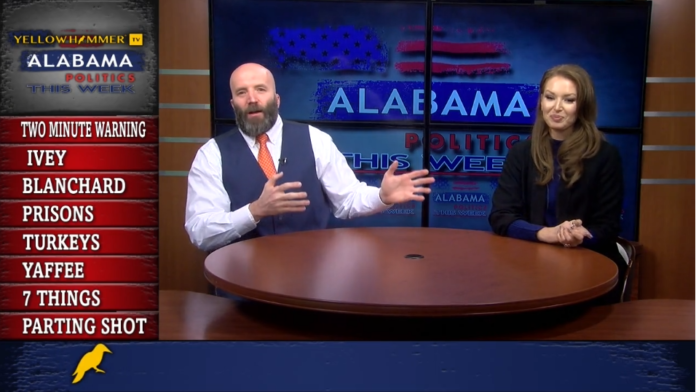 — Are prisons on track to get cleaned up, or worse than ever?

— Who are Jackson and Musick’s Turkey of the Year in Alabama politics?

Jackson closes the show with a “Parting Shot” directed at President Joe Biden telling him to back off on his vaccine mandate because of the 90%-plus compliance rate among federal workers.