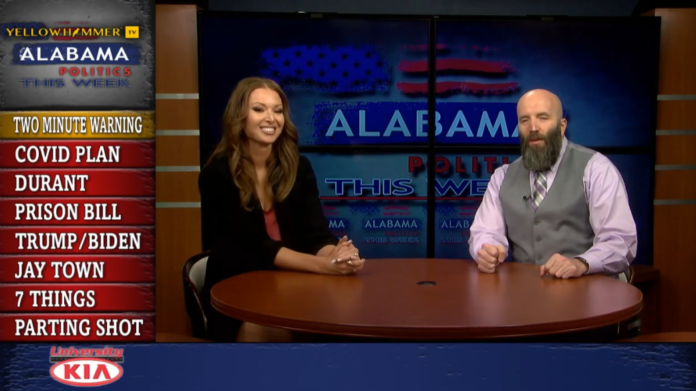 — Can President Joe Biden even do the vaccine mandate he has ordered?

— Are Alabama legislators serious about a new prison deal, or are we just waiting for the federal government to take over?

Jackson and Musick are joined by former U.S. Attorney Jay Town this week.

Jackson closes the show with a “Parting Shot” directed at Attorney General Steve Marshall. He argues that he should name and prosecute those who illegally use their access to immunization records of their employees.