VIDEO: A lawmaker tries to “out” the Governor — Alabama could benefit from sports gambling — Scott Dawson no-shows his appearance … and more on Guerrilla Politics! 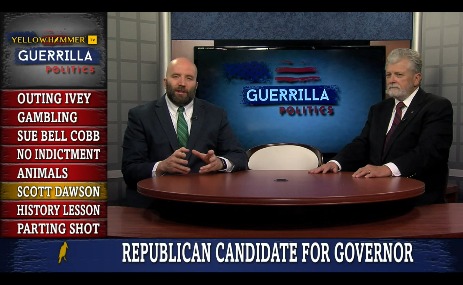 — Did Scott Dawson know what he was doing when he started criticizing the Governor for grants to a gay orginization?

— Why is the media constantly lying about the things President Donald Trump says?

Evangelist and candidate for Governor Scott Dawson was scheduled to join Jackson and Burke but backed out after Dale roasted him on the radio.

Jackson closes the show with a “Parting Shot” directed at people who are constantly declaring “we are better than this” because we clearly are not.