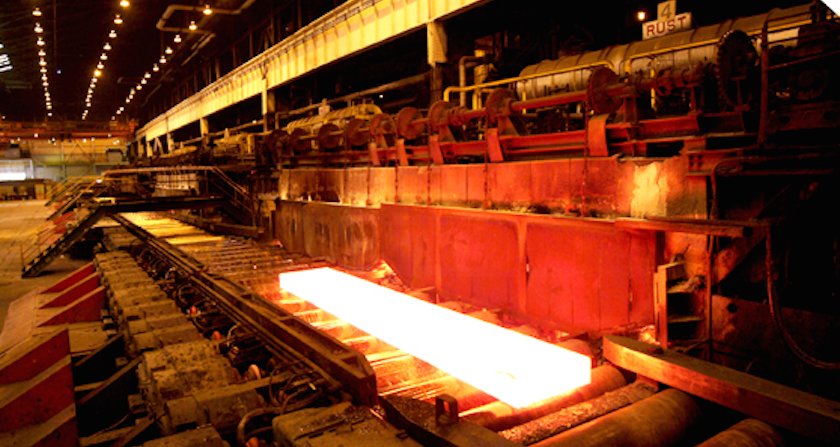 BIRMINGHAM, Ala. – United States Steel Corporation (U.S. Steel) announced its plans Monday to permanently close a blast furnace as well as some other operations at its Fairfield Works location, a decision that will affect 1,100 employees.

“We have made some difficult decisions over the last year as part of our portfolio optimization,” said Mario Longhi, U. S. Steel president and CEO. “We have determined that the permanent shut-down of the Fairfield Works blast furnace, steelmaking and most of the finishing operations is necessary to improve the overall efficiency and cost structure of our flat-rolled segment.”

The operations of the blast furnace will not be the only aspect of the Fairfield location terminated. Fairfield Works’ steelmaking operations, hot strip mill, pickle line, cold mill, annealing facility, stretch and temper line and the flat-rolled finishing operations will all be permanently closed either on or after Nov. 17 of this year.

The announcement of the permanent closure occurred only a few months after U.S. Steel’s decision to lay off 1,600 employees in March. Some of these laid off workers had already been welcomed back to the company only to receive another notice of layoffs once again.

Speculation of the blast furnace closing and employee layoffs began in July, when Jefferson County Commissioner Jimmie Stephens said that if these layoffs occurred, it would be “a catastrophic event for western Jefferson County.”

With the steel industry playing a vital role in the Alabama economy for over 150 years, the closing of such major steel operations within the Birmingham area is both disheartening and unsettling for the local market and economy.

The proposal of the permanent closure was initiated after U.S. Steel “conducted a market analysis of the company’s current and long-term global operational footprint competitiveness,” according to the Birmingham Business Journal. “Global influences in the market, like unfair trade and fluctuating oil prices, continue to have an impact on the business,” U.S. Steel said in a statement in January when the notification of layoffs were just beginning. This statement was clearly reaffirmed by their findings in the company’s recent market analysis.

The decision to close the blast furnace does not affect the recent Fairfield Works electric arc furnace (EAF) construction project, a venture which the company is embarking in to stay competitive in the global market. U.S. Steel received $14 million in tax abatements from Jefferson County for the project earlier this year.