Trump Entertaining Idea of Replacing Sessions with Giuliani as AG 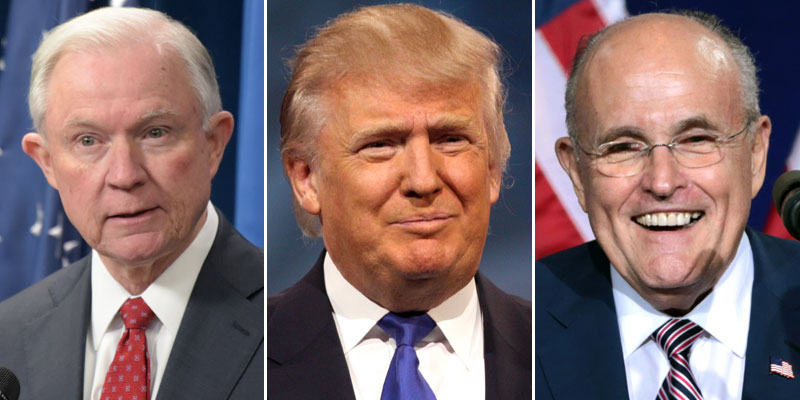 After a rough week for the relationship between President Donald Trump and Attorney General Jeff Sessions, Axios has reported that the president is openly considering the possibility of replacing the Alabamian with another long-time Trump ally. West Wing sources told the news outlet that Trump is so unhappy with Sessions that he wants to swap him for fellow New Yorker Rudy Giuliani. The former New York City Mayor strongly supported Trump throughout the 2016 campaign.

Evidence of Trump’s frustration became public last week when he attacked Sessions in a New York Times interview over the Attorney General’s decision to recuse himself from the Russia investigation.

The attacks continued again this morning, with Trump taking a jab at the Department of Justice and calling Sessions “beleaguered.”

So why aren't the Committees and investigators, and of course our beleaguered A.G., looking into Crooked Hillarys crimes & Russia relations?

Sessions has been one of Trump’s closest political allies since before Alabama even held its primary. Sessions was the first U.S. Senator to endorse Trump and then served in an advisory capacity for his campaign until his victory. Fox New’s Tucker Carlson recently highlighted this relationship on his primetime program and called for the president to stop attacking “one of the very few” friends he has in Washington.

Despite the whirlwind of pressure, Sessions said late last week that he will continue to serve “as long as that is appropriate.”