This billboard in Alabama may be the greatest thing ever 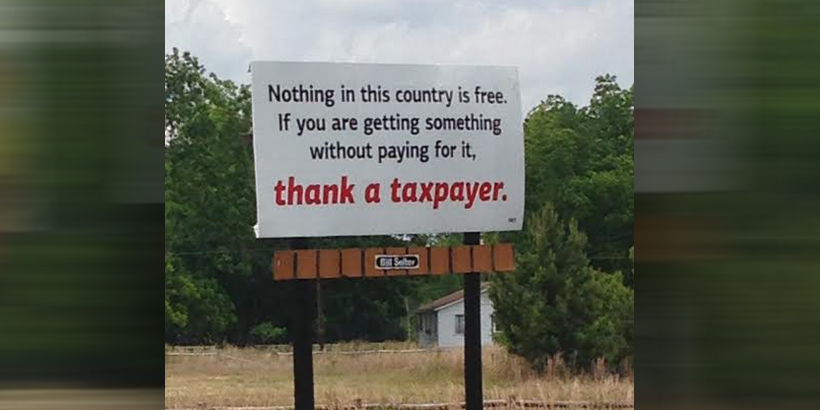 MONROEVILLE, Ala. — A billboard in south Alabama is going viral Friday morning after being tweeted out by the Alabama Free Market Alliance (AFMA).

Americans for Tax Reform president Grover Norquist retweeted the image, spurring on its quick spread across the web.

The image was reportedly taken in Monroeville, Ala., although it is unclear who is responsible for it.

AFMA is a grass-roots conservative organization which, according to its website, “is dedicated to educating Alabamians on conservative, free-market principles and mobilizing them as advocates for putting those principles to work solving Alabama’s problems.”

AFMA is led by Alabama businessman and Republican National Committeeman Paul Reynolds. Every year the group releases a list of liberal organizations it says conservatives in Alabama should keep their eyes on. This year AFMA included on its list Alabama Arise, the Alabama Environmental Council, the Black Warrior River Keepers, the United Auto Workers, AARP and the Southern Environmental Law Center.

In addition to spotting leftwing groups, it also appears AFMA has a keen eye for quality outdoor advertising.