The countdown is on: Less than 100 days away, the kickoff time is set for Alabama and Florida State 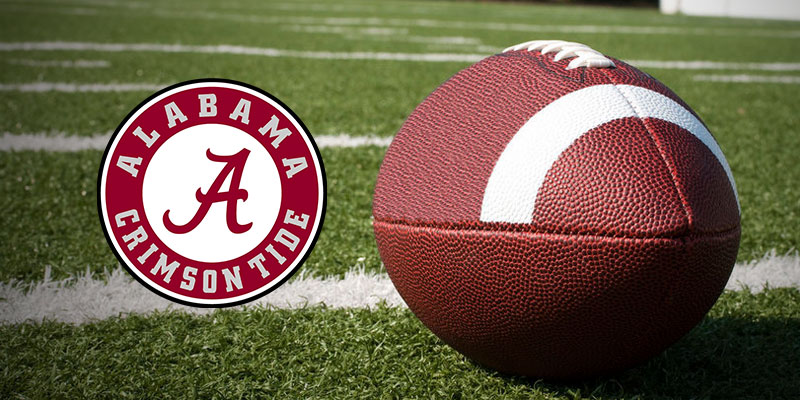 The time is now set for the highly-anticipated Chick-fil-A Kickoff Classic between Alabama and Florida State. The Crimson Tide and the Seminoles will get started at 7pm Central Time in the brand new Mercedes Benz Stadium in Atlanta. The September 2nd contest will be televised by ESPN.

Not only are Alabama and Florida State fans eagerly awaiting this showdown, so are the pollsters and bettors. Early preseason polls by Athlon Sports, USA Today and the Sporting News have both teams ranked in the top three. The latest odds from the Las Vegas SuperBook earlier this month have the Tide and the ‘Noles as two of the top four heaviest favored teams to win the national championship in the upcoming season.

A major storyline in this game will be the connection between the two head coaches. Florida State’s Jimbo Fisher worked under Alabama’s Nick Saban when they were at LSU in the early 2000s. After the Tide’s A-Day Game in April, Saban was asked about going up against his former assistant. He had effusive praise for Fisher but said the focus should remain on the players.

“Jimbo’s an outstanding coach. He’s done a fabulous job. He did a great job for us,” Saban said. “He was one of the best offensive coordinators that I’ve ever had, college or pro… (Florida State has) talented players, and they’ve played at a high level on a pretty consistent basis. I’m sure (Fisher’s) leadership contributes to that quite a bit. But we’ve also evolved through the years… Philosophically, is there some similarity? Probably, but that’s true with a lot of the coaches that have programs we compete against. We’re not really playing against the coach. It’s going to be a game about the players, how the players play and execute against one another. They’ve got a lot of good players and we’ve got some good players, so it should be a really good game.”

Earlier this year, Fisher was asked what specifically about the Alabama and Florida State programs stood out to those who set up the game.

“They were winning and we started winning,” He was quoted by USA Today as saying to Florida State boosters. “And we started getting the (recruiting) classes and they could see we were going to be two good teams. And the background between Nick and I (was an intriguing aspect of the matchup).”

He also noted that the two teams have been the winningest programs in college football over the past seven years.

Alabama won the SEC Championship last season and played for the College Football Playoff title game in January, where it came up short to Clemson by a score of 35-31. Florida State beat Michigan 33-32 in the Orange Bowl to end its 2016-17 season. We are now less than 100 days from the two teams meeting in Atlanta.