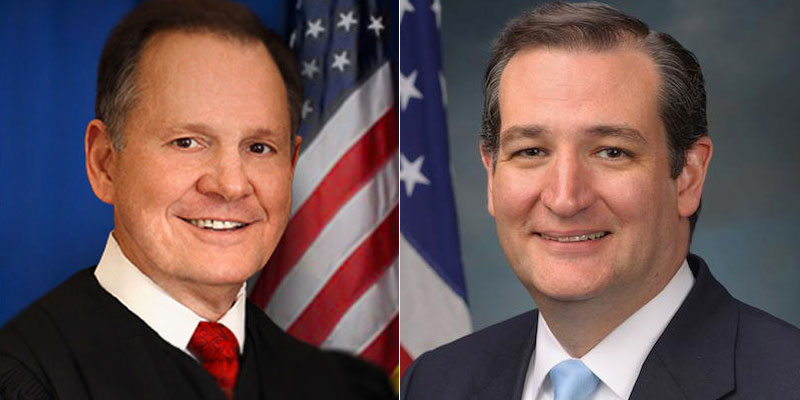 On Tuesday, Senator Ted Cruz (R-Texas) announced his support for Roy Moore as Alabama’s next senator. Cruz said that he needs more principled conservative allies like Moore in Washington, and, unlike the Democrat candidate, Moore will proudly defend the rights of Alabamians and Americans alike.

“This December, the People of Alabama have a clear choice. They can choose a liberal Democrat, who will stand with Chuck Schumer to raise taxes, weaken our military, open our border, and undermine our constitutional rights. Or, they can choose to elect Judge Roy Moore, a conservative who will proudly defend Alabama values.

I strongly urge the voters to elect Judge Roy Moore. Judge Moore has a lifelong passion for the Constitution and the Bill of Rights, and he has the courage of his convictions.

In the Senate, we need reinforcements; we desperately need strong conservatives who will stand up to the Washington status quo.

Please join me in supporting Judge Moore on December 12.”

In response to the endorsement, Moore remarked:

“Ted Cruz has been a stalwart defender of our constitutional rights. I appreciate his strong endorsement and I look forward to collaborating with him on proposals to strengthen the U.S. military, cut spending, and lower taxes on American families and businesses.”

Cruz’s endorsement comes as conservative leaders across the country are coming to Moore’s aid. It seems the party is doing everything it can to ensure Moore defeats Democrat Doug Jones on December 12.