Spann appeals to men: ‘Step up and be better husbands and fathers’ 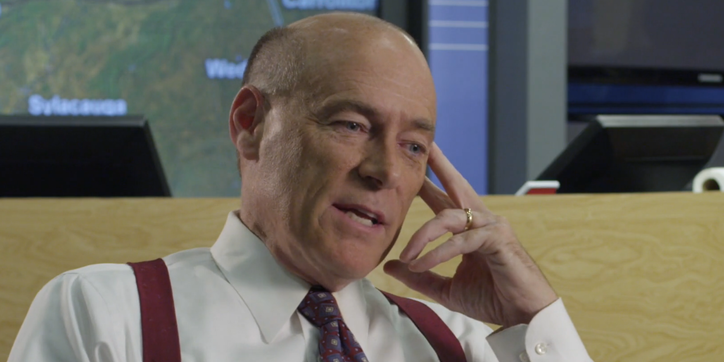 BIRMINGHAM, Ala. — In an emotional Father’s Day post for website Medium.com, famed Birmingham-based meteorologist James Spann opened up about how difficult growing up without a father made his childhood, and urged men to “step up” for their families.

“My father, Max Spann, decided that booze and chasing women were more important than his family, and when he checked out, my life would change quickly,” James Spann revealed.

“The world today tells us that children don’t need a father; I assure you that is complete insanity. I survived it, but it wasn’t easy. I will always be thankful for my mom for keeping me, and raising me under very difficult circumstances.”

Spann announced that he is writing a memoir in his spare time—little of it that he has between keeping Central Alabama alerted to the dangerous weather that often hits the state throughout the year and hosting Yellowhammer’s Power of Service event.

“Many of the issues you see today in society are related to the lack of a father in so many households,” Spann opined, “this piece is simply an appeal to men to step up and be better husbands and fathers. Your children and your wife need you.”

According statistics from federal agencies compiled by the National Center for Fathering, Spann is absolutely right.

– Fatherless children are at a dramatically greater risk of drug and alcohol abuse. (U.S. Department of Health and Human Services)

– Father involvement in schools is associated with the higher likelihood of a student getting mostly A’s. This was true for fathers in biological parent families, for stepfathers, and for fathers heading single-parent families.

Alabama’s most beloved weatherman said he hopes to have his book written in the next year or two.

“If you are interested in weather, the culture of Alabama, or surviving a dead beat dad,” he concluded, “you will want to read it.”