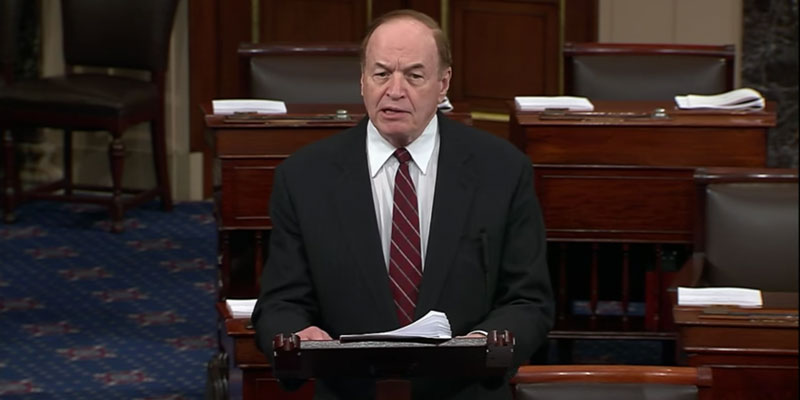 U.S. Senator Richard Shelby (R-AL) on Thursday re-introduced legislation proposing a constitutional amendment that would require Congress to have a balanced budget.

This marks Shelby’s 18th time to introduce the measure, having sponsored a version of the legislation each Congress since joining the Senate in 1987. The effort is aimed at reducing the increasing national debt, which has now surpassed $28 trillion.

“While our national debt continues to climb, it is more apparent now than ever that the federal government should be required to do what hardworking Americans do every day – balance a budget,” stated Shelby.

“I have long believed that our Constitution lacks proper constraint on government spending,” he continued. “If we continue in this unsustainable direction, the burden will land on our children and our grandchildren. That is why I am, once again, urging Congress to adopt this common-sense amendment that would improve our spending of taxpayer dollars, restore confidence in our economy, and help protect the well-being of our country for future generations.”

If passed by Congress and subsequently ratified by three-fourths of the states, Shelby’s proposed constitutional amendment would require that the total amount of money spent by the United States during any fiscal year, except during times of war, not exceed the amount of revenue received by the country during the same fiscal year, and not exceed 20% of America’s gross domestic product during the previous calendar year.

With Shelby retiring at the end of the current Congress, this is expected to be the final time Shelby introduces the balanced budget amendment.