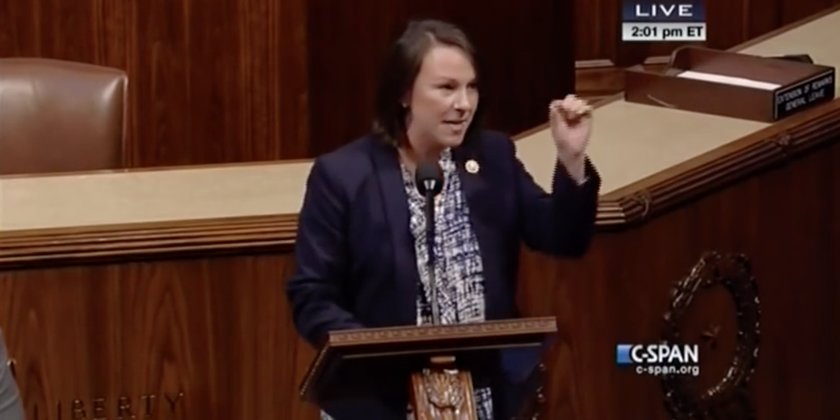 “Clearly, the VA doesn’t have in place the tools to come in and take over failing health centers, and that’s what we want to give them,” Roby told the Montgomery Advertiser.

Roby’s bill, “The Failing VA Medical Center Act,” requires top VA officials to intervene at the worst performing VA medical centers, sending a “rapid response team” of managers and medical professionals to turn them around. The bill seeks to break through the notorious VA bureaucracy and place responsibility for overhauling medical centers squarely on top leaders in Washington, including the Secretary of Veterans Affairs.

Over the last year Roby has been one of the U.S. House’s most outspoken members on the VA scandal, particularly after it came to light that a whistleblower at the Central Alabama Veterans Health Care System (CAVHCS) was met with silence and punishment.

The Tuskegee and Montgomery VA hospitals, known as the Central Alabama Veterans Health Care System (CAVHCS) had the worst marks for reaching its goals for timely access to care of any VA hospital in the country between September 2014 and February 2015, and 9 percent of patient visits involved a wait time of longer than 30 days.

Even before that, the director of CAVHCS was fired after a VA official investigative report detailed a March 2013 incident in which the employee took a veteran receiving treatment for drug addiction to the home of a known drug dealer in Tuskegee. The patient reportedly engaged in oral sex with a prostitute and bought illegal drugs with the employee. The patient was left at the drug dealer’s house overnight, and assured by the employee that he would not be drug tested upon his return to the VA.

Roby says she has met with VA officials to discuss the bill, but there are still wrinkles to be ironed out, though she doesn’t believe they will oppose her proposal.

In a House floor speech this Summer, Roby compared her bill’s process to that of similar circumstances in the education system. “What happens when a public school continues to fail to meet basic standards?” she said. “The state department of education steps in to takeover and takes charge of turning the place around. It is a process that isn’t pleasant, but everyone from principals and teachers to students and parents understand the consequences of failure to improve.”

Roby specifically highlighted the lack of institutional control in Alabama. “I’m glad the Secretary used his authority to take control of the situation in Phoenix. But my question is, why not Montgomery? Why not Tuskegee? Why not come and take control of the worst or second worst situation in the country, especially after we have repeatedly asked and pleaded him to do so?”

The bill’s hearing will be conducted by the House Veterans’ Affairs Subcommittee on Health on November 17th.