What is North Korea’s motivation? 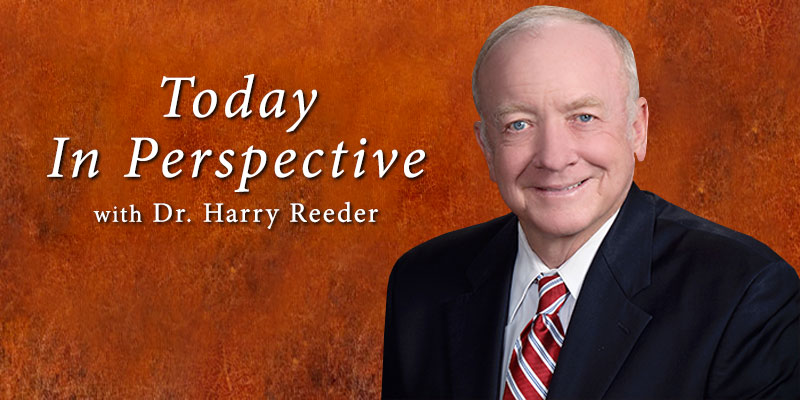 SHOULD TRUMP GET PEACE PRIZE FOR NORTH KOREAN TALKS?

TOM LAMPRECHT:  Harry, Sky News is reporting that the president of South Korea, President Moon, has said President Trump should win the Nobel Peace Prize. “What we need is only peace,” Mr. Moon told a room of senior secretaries, according to an official who briefed the media.

Harry, we are now wondering what is the motivating factor behind North Korean president, Kim Jong Un, who now says he is all in favor of a denuclearized North and South Korea?

WHAT IS NORTH KOREA’S REAL MOTIVATION?

DR. REEDER: On the one hand, you find this movement by the deified dictator, a supreme ruler of North Korea, moving toward what seems to be a very generous desire for denuclearization in the Korean Peninsula of both North and South Korea without even demanding that United States Troops be taken off of the peninsula.

Is this an attempt to tweak the nose of China, saying, “Look, I can build a much more beneficial relationship with South Korea, and Japan and America and rescue my country economically”? And let’s face it, in North Korea, the people are literally starving.

Is it a shot across the bow to China or, as some have mentioned, none of this started until Kim Jong Un went to China and had these talks and, when he comes back, all of this begins to unfold? Yet, what he is offering is clearly not the line that China has always demanded and that is the removal of United States troops.

IN DECADES PAST, NORTH KOREA WAS HOTBED FOR CHRISTIAN REVIVAL

Tom, let me give you a little bit of a backstory. If you go over to Korea, there are over 19 seminaries with thousands of Koreans in the seminaries. And I’m particularly aware of them and I’m speaking of 19 theological seminaries that are committed to Presbyterian and reform theology and an evangelical approach to the Word of God and faithfulness to Christ.

I happen to be aware of them because, at one time, every single one of the presidents of these seminaries had been educated at my theological alma mater, Westminster Seminary, which has had a profound influence.

Well, when the Communist revolution came and targeted Christianity, they all fled south and so many South Koreans actually have a North Korean root and these South Korean Christians who dearly love the Lord and who dearly love their homeland which is North Korea, if that door opens up and they flood back in, there’s going to be, again, quite a bit of either tension or accommodation in terms of religious freedom.

And that is actually one of the conversations that is actually taking place now — about the return of these Christians back to North Korea where their ancestral homes and families were and where the revival actually broke out that swept Korea so powerfully in the 20th century.

IS THIS A POLITICAL MOVE SIMILAR TO REAGAN AND GORBACHEV?

There are all kinds of factors that are happening here. The question that, when you’re looking at it in terms of statecraft, is this the wily move of this dictator cozying up to South Korea and, by doing that, making accommodations to the United States and to Japan because, economically, that’s going to be a much greater favor to him than it is to continue in the relationship with China which is making demands of him but is not able to really supply the kind of economic firepower that they need to get that country back on its feet?

However, in a sense, Tom, this is a Gorbachev moment. In the days of the presidency of Ronald Reagan when his policies forced the Soviet Union into a military buildup and to an economic competition that they could not stand and, as it began to unravel economically, then the political opportunities opened up and Gorbachev then opened the door for conversations with the United States, which ended up with the proverbial, “Tear the wall down,” and the wall got torn down.

And the Soviet Union, was we knew it when I was a kid, dissipated into a series of various countries as all of these countries that had been conquered and brought into what was called the Soviet Union now gravitated out to their own autonomous rule and then what was left in place was “Mother Russia” or, as we know it today, Russia. And, of course, we see the president/dictator of Russia, Putin, trying to again reestablish the Soviet Union empire with his aggressive movements to surrounding nations.

Back then, the economic unraveling opened the door and then came the famous talks whereby there was the denuclearization, there were the arms limitations that were placed in which the Gorbachev and Reagan negotiators came to an agreement that instituted a peace and an open door, politically, economically and culturally.

CAN THIS MIRROR HOW CHRISTIANITY SPREAD THROUGH RUSSIA?

And, by the way, I remember in those days an open door spiritually because a number of us were part of various organizations that flooded Russia with evangelicals who would bring the Gospel and also a Biblical world and life view into Russia. It was so vast, this movement, that Russia even had a kickback on it because it was almost overwhelming.

And you can’t help but wonder, is that this moment now with the economic unraveling of North Korea? Is a door opening up politically and, therefore, culturally and therefore now the open door to send the Gospel into North Korea may be around the corner just as it was back in the Gorbachev days and the opening up and tearing down of the wall and the “Iron Curtain.”

If it does happen, will we be in a position, as the church of our Lord, to take advantage of it? There are a number of seminaries that are positioning themselves to be supportive of any training of pastors and sending of pastors into North Korea, which many anticipate may be around the corner.

TRUMP’S STRATEGY SEEMS TO BE WORKING … FOR NOW

Now what does this mean for President Trump? Well, clearly, his approach to this has been, in terms of statecraft, very unorthodox. When you had the calling of these derogatory names, we can unleash fire and fury upon North Korea as they were testing all these rockets but, at the same time, President Trump had sent Mike Pompeo on a backchannel mission that seems to have borne fruit and be directly related to these recent talks between the leadership of North and South Korea and the profound statements of unreserved commitment to denuclearize the entire peninsula, yet leaving American troops there at least for the initial time while this process takes place.

And would that lead to the reunification of North and South Korea? All of that seems to be up in the air and these are exciting times to see what happens. It may open up significant doors for the work of the Gospel moving back into North Korea where it once flourished and overflowed into South Korea. Now it may reverse the flow back into North Korea and great missionary opportunities may be just around the corner.

IT’S TIME TO GET THE GOSPEL BACK INTO NORTH KOREA

I’ll end up with this: from a Christian world and life view, I am praying diligently that these talks move ahead, the arms control will be established, the denuclearization of the entire peninsula will take place, conversations that may even lead to reunification but, most of all, the removal of borders and policies that have prevented Christianity from going into North Korea except for those willing to be martyred.

We have this wonderful missions pastor, Brian Wintersteen, doing a great job of leading us and building on the wonderful foundation of our legendary missions pastor, Tom Cheely, and many times he and I sat in Asia when we were there to do preaching and he would say, “Harry, I am praying that God would let me get the Gospel into North Korea in my lifetime.”

Tom, it looks like you were prophetic but you had the timing wrong. You went to be with the Lord, but I almost have to believe that, somehow, in the presence of the Lord, he is still interceding.

Lord, let’s get the Gospel to North Korea, into what once was an unbelievably dark area. They have satellite pictures — there is all kinds of lights in the south but, in North Korea, it is pitch black. What a metaphor. May we send the light of the Gospel into the darkness.

This podcast was transcribed by Jessica Havin, editorial assistant for Yellowhammer News, who has transcribed some of the top podcasts in the country and whose work has been featured in a New York Times Bestseller.