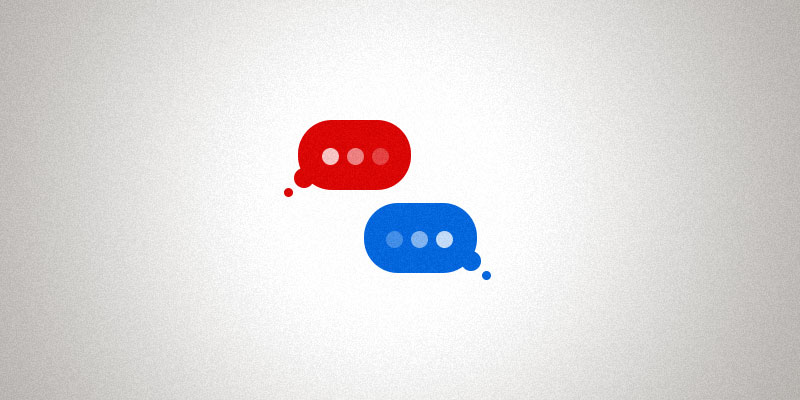 An unbecoming hysteria continues on both sides of the Roy Moore debate, and our civic life is made worse by it.

Witness a recent column against Moore by the liberal but usually thoughtful Kyle Whitmire of al.com, and witness the outlandish conspiracy-mongering in defense of Moore by Alabama Senate President Pro-Tem Del Marsh. Both of them detract from, rather than adding to, reasonable discourse about the allegations against Moore. Indeed, both are virtually poisonous.

Rather than summarize Whitmire, I’ll quote the key set-up in his column, at length:

First, read his book. In it, Moore describes how he met his wife at a Christmas party hosted by friends. He would have been 37. She was 23.

“Many years before, I had attended a dance recital at Gadsden State Junior College,” Moore wrote. “I remembered one of the special dances performed by a young woman whose first and last names began with the letter ‘K.’ It was something I had never forgotten. Could that young woman have been Kayla Kisor?”

Moore later determined that it was.

“Long afterward, I would learn that Kayla had, in fact, performed a special dance routine at Gadsden State years before,” he wrote.

Take a second to think about what’s being said here. Moore first took notice of Kayla at a dance recital?

And Whitmire’s point is – exactly what?

Whitmire notes that Moore later said the recital in question had been nearly eight years earlier, meaning he had been 29 and Kayla 16. From there, he makes the bizarre leap of logic, accompanied by outrageous innuendo, that somehow this shows Moore had been lusting after the 16 old dancer – or something creepy like that.

This innuendo is utterly without foundation, and should never have been published in a legitimate news outlet.

If one takes Moore’s account at face value, entirely apart from the allegations of the past two weeks, then the immediate and ordinary interpretation of it would be entirely innocent. Moore was at a high school dance recital, was impressed by one of the dancers, and realized eight years later that the woman he had just met was that dancer from all those years ago. So what?

Has Whitmire, as an adult, never attended a dance recital by high schoolers, or some other such event? Does he not have nieces? Or has he never had a friend who had nieces, or much younger sisters, who had to make an appearance at the niece’s or sister’s event before the two young men dashed off to the football game or their buddy’s barbeque party?

The potential number of perfectly innocent explanations for attending an event featuring high school girls is large. And one can be completely impressed with one of the dancers, or the actresses in a school play – “wow, that girl is lovely, and she is truly talented!” – without any sexual implications. If a performer really “steals the show,” it wouldn’t even be unusual to vaguely remember it seven or eight years later, or to remember that the terrific performer’s first and last names began with the same letter.

And there are approximately gazillions of stories out there about couples with semi-significant age differences, such as Roy Moore’s 37 to Kayla’s 23, who fell in love and created wonderful marriages. Last I checked, there isn’t a single thing immoral about such relationships. Nor is there anything wrong with marrying a girl you first saw in a different context when she was 16 and then met in person only years later when she was a fully mature, poised and self-reliant adult. And last I checked, the Moores appear to have created a happy, loving marriage for something like 32 years, and seem utterly devoted to each other. To cast aspersions on the beginnings of that marriage, based on a tendentious interpretation of a fond reminiscence relayed by the judge years later, is inexcusable.

On the other hand, there is also the Circle the Wagons Derangement Syndrome, or maybe the Hate the Media Derangement Syndrome. This is the idea that if allegations against “one of us” are reported by “one of them” – one of the dreaded outlets of the Elite Media, surely put up to it by that dastardly Mitch McConnell or maybe even the Trilateral Commission or the Illuminati – then the subject of the allegations must be defended at all costs while the charges themselves are ascribed to a massive and evil conspiracy.

Yes, it’s the reverse-mirror image of Hillary Clinton’s supposed Vast Right Wing Conspiracy. And it’s just as fanciful, just as false, and just as paranoid as Clinton’s was.

The last person who should be feeding such paranoid conspiracy theories is the President of the state Senate. But that’s what Del Marsh has been doing.

“I think there are question marks as to is this part of a, I hate to say, Washington conspiracy,” Marsh told the excellent Jeff Poor of Breitbart News.

Why not stop at Washington? Why not call it an international conspiracy? Surely all the usual suspects are all involved: Jeff Bezos, George Soros, Ted Cruz’ father, Barack Obama’s birth-certificate forger, a Pulitzer-Prize-quality team of reporters from the Washington Post, the real killer of Nicole Brown Simpson, and no doubt Keyser Söze himself, who after all was portrayed by the now-disgraced Kevin Spacey.

The conspiracy has such power that it invented 30 independent sources for the first Post story, many recalling specific factoids from 38 years ago whose accuracy could be checked, and then convinced numerous other sources to tell similar tales independently to a significant array of other independent news organs. No doubt it was the same conspiracy that really shot down Malaysia Airlines Flight 370 and sent the iceberg into the path of the Titanic….

Marsh is peddling pure paranoia. As I, a confirmed basher of the liberal media for 40 years, explained in an earlier column, this is not how journalism works – not even from self-appointed elite, East Coast outlets. The Post, I wrote, employs “many stages of review,” and even if its reporters “may make errors on details, as humans often do…, they don’t just make things up, nor do they publish things they don’t fully believe are true.”

We do not know if the allegations, or even some of the allegations, against Judge Moore are true. But by every reasonable measure, many of them are credible – a different standard than “true” – upon first and second review. Some of them involve gray areas of sexual or romantic ethics, and thus are of lesser import; but a few of them, if true, are extremely serious charges that merit sober and serious assessment.

The state Senate leader should be providing such sober leadership, calming the waters so that evidence and reason and context and fair-minded judgment can have time to assert themselves. Instead, Marsh is feeding a toxic atmosphere of unreason and hyper-cynicism, unmoored from and even dangerously contemptuous of empiricism and careful logic….

So, again, let’s all take deep breaths, stop rushing to judgment, and stop feeding the hysteria. Roy Moore isn’t guilty of pedophilia just because he first laid eyes on his now-wife when she was in high school. Nor are the Freemasons and the Yale Skull and Bones Society bribing dozens of people to smear the judge.

Reasoned restraint from opinion leaders and elected leaders, not more chum for the feeding frenzy, should be the order of the day.