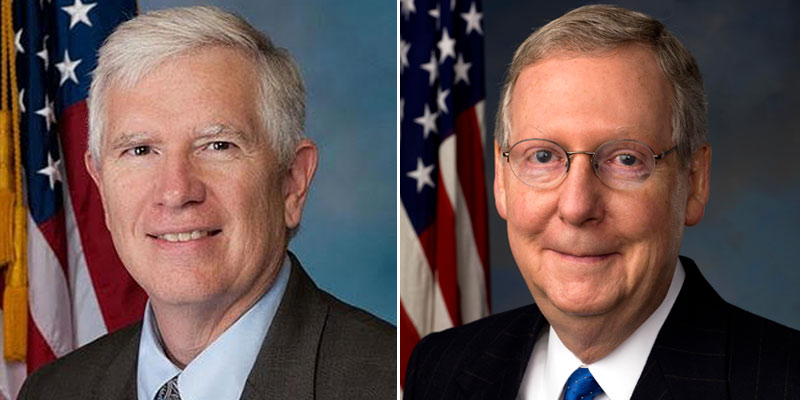 Should the GOP regain control of the upper chamber of Congress after the 2022 midterm elections, Senate Minority Leader Mitch McConnell (R-Ky.) will likely be the frontrunner to once again become the highest-ranking senator.

In a release announcing that he would be a “no” vote on McConnell’s bid to become the majority party’s leader, Brooks asserted that the Kentucky senator had “repeatedly undermined” former President Donald Trump’s agenda.

Brooks made mention of McConnell’s opposition to his candidacy during Alabama’s 2017 special U.S. Senate election.

“This race is not about me: it’s about Donald Trump and the MAGA agenda vs Mitch McConnell and the bought and paid for special interest agenda,” he added. “It is time for conservatives to choose sides. In 2017, McConnell spent more than ten million dollars lying about me and my record. Now he’s at it again. This time he’s even more determined because President Trump has endorsed me.”