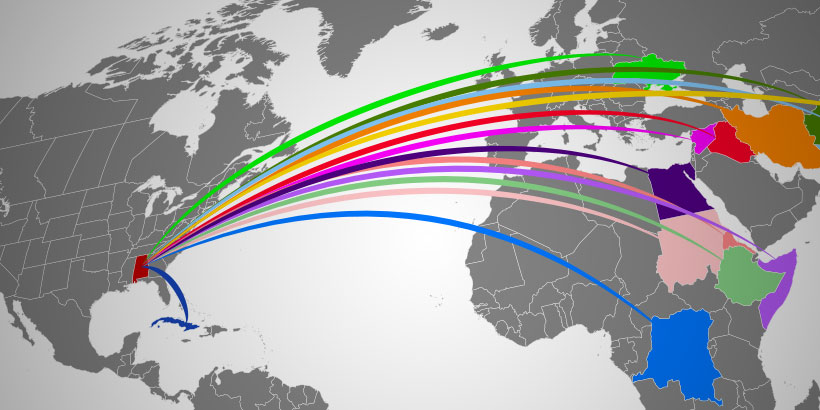 Hundreds of refugees fleeing persecution in the Middle East have resettled in Alabama in recent years, according to government data Yellowhammer pulled Monday.

According to information collected by the Office of Refugee Resettlement, a small division inside the U.S. Department of Health and Human Services, Alabama has accepted a total of 381 refugees from 14 different countries since 2012. The highest number of refugees have come from Iraq (106), Somalia (93), and Sudan (45).

The process by which individuals receive refugee status is different than the process by which immigrants seek legal residency and citizenship. To enter the United States under refugee status, an individual must prove that if they return to their home country, they will be in danger because of their race, religion, nationality, political ideology or membership in a social group.

But the vetting process can be extremely difficult, and has proven to be porous in other countries. At least one of the terrorists who attacked Paris over the weekend entered France embedded with legitimate Syrian refugees. This revelation has prompted a backlash against refugee resettlement in the United States, including in Alabama where 100 Syrian refugees are currently slated to be housed in Mobile by Catholic Social Services.

For weeks, Rep. Bradley Byrne (R-AL1), who represents Mobile and much of South Alabama in Congress, has sought more information about the screening process Syrian refugees must undergo before being allowed to enter the U.S. He sent a letter to the State Department requesting more information and recently attended a classified briefing about the vetting process. Byrne said the information he has seen reaffirmed his belief that the screenings are not strong enough to adequately protect the American people.

Both moves came on the heels of Alabama Gov. Robert Bentley announcing that his administration will refuse Syrian refugees slated to be relocated to Alabama in the coming weeks.

But the number of Middle Eastern refugees already in Alabama has prompted security concerns among both state and federal law enforcement officials. Although there has not been any credible intelligence indicating that Alabama is or has been the target of any terrorist threats, FBI director James Comey warned earlier this year that ISIS and other Islamic radicals have created a “chaotic spider web” of potential operatives in every state, including Alabama.

“Those people exist in every state,” Comey told the National Association of Attorneys General in February. “I have homegrown violent extremist investigations in every single state. Until a few weeks ago there was 49 states. Alaska had none which I couldn’t quite figure out. But Alaska has now joined the group so we have investigations of people in various stages of radicalizing in all 50 states.”

A map showing the countries of origin for refugees who have been re-located to Alabama in recent years can be found below: 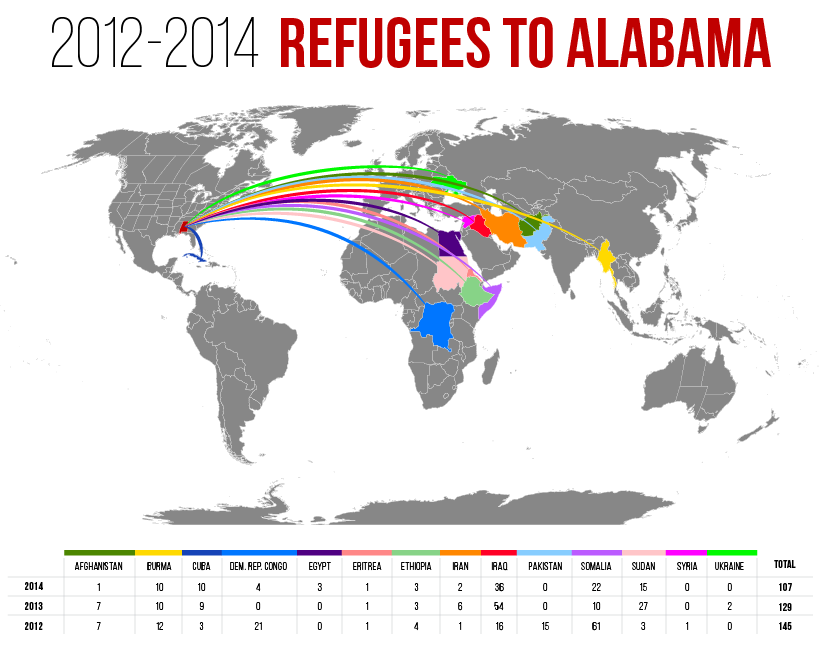