Lynn Beshear is a 2020 Woman of Impact 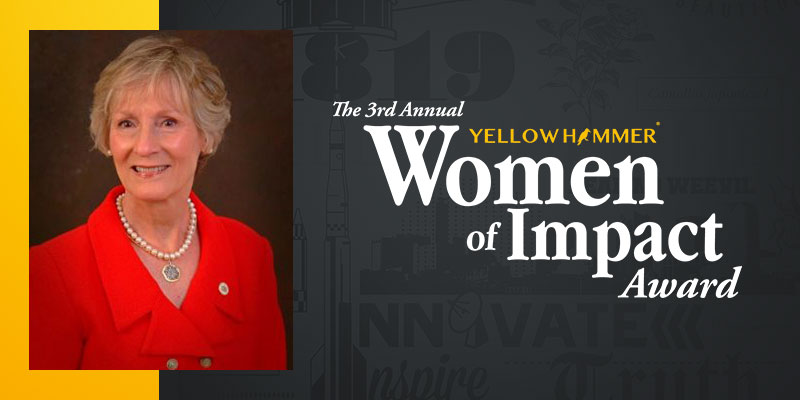 Lynn Beshear has spent her whole career improving the conditions of those around her. Alabama is lucky she landed here.

Beshear was appointed in 2017 by Alabama Governor Kay Ivey to be commissioner of the Alabama Department of Mental Health, a role that has required increasing levels of perspicacity and dedication as more and more Americans have gained appreciation for the role mental health care plays in a functioning society.

Calm, welcoming and intelligent, Beshear says she has a simple tenet to which she tries to adhere, “DWYSYWD: Do what you say you will do.”

Beshear’s role with the state requires inordinate compassion and understanding of others. She told Yellowhammer News during a recent interview that a core principle of psychiatric care is, “What people perceive is happening to them is more important than what is actually happening.”

“Mental illness is messy, it just is, we have to recognize that up front,” Beshear said of her chosen field.

“If you don’t understand what is going on the natural inclination is to flee from it,” she added, acknowledging the stigma many still feel about diseases of the brain.

Beshear, a nurse by training, was educated at Wake Forest University and began her career at the Duke University Medical Center where she quickly became the head nurse of the Well-Baby Nursery.

She met her husband while working at Duke, and after a brief stint in Kentucky, the pair settled in Montgomery in the late 1970s. Beshear wasted no time in becoming a leader in her community.

In the ensuing decades, churches, schools, charities and civic organizations across the River Region have all seen Lynn Beshear grace their board of directors for at least one term. She has been involved in campaigns to prevent teen pregnancy and eradicate racial prejudice.

“I believe that without any of those experiences I would not be able to do what I am doing today,” Beshear remarked about her kaleidoscopic work history.

Ivey made Beshear one of her first appointments after assuming the governorship, indicating deep faith that her appointee’s longtime advocacy for the people of Alabama would be well suited for government.

“Through active participation in securing mental health services in the River Region, Lynn understands the complexities of the Department, and the importance of its work on behalf of the people of Alabama,” the governor said when making the appointment.

Beshear, who did not seek out the position, said she was honored to serve her fellow Alabamians.

The Alabama Department of Mental Health (ADMH) has 1,316 employees and receives about $1 billion in funding per year from a mixture of state and federal sources. It has almost 300 provider agencies and 97% of its expenditures provide direct mental health services to the people of Alabama.

While at the head of ADMH, Beshear has spearheaded efforts like the Stepping Up Initiative to reduce the number of people with mental illnesses in jail.

“Service to others is not easy, if you’re looking for an easy job this would not be it. You have to really care, it is hard work,” Beshear told Yellowhammer about her position.

In addition to being a high profile public servant and prominent member of her community, Beshear is also a mom and grandmother. She and her husband, Robert, have three adult children and five grandchildren.

In her interview with Yellowhammer, Beshear frequently conveyed pieces of wisdom she has found useful throughout her life.

Beshear at one point advised that “the only behavior you can change is your own,” perhaps giving a peek into the mindset required to frequently come up against tough mental health care decisions without falling into despair.

“We cannot take on the blame of the world for things that are not our responsibility,” she offered with respect to her job.

“Always be truthful and consistent with what you say and how you treat people,” Beshear told Yellowhammer when asked what piece of advice had remained true across the many facets of her career.

“Your word needs to be your bond,” she added.

Yellowhammer News is proud to name Commissioner Lynn Beshear a 2020 Woman of Impact.