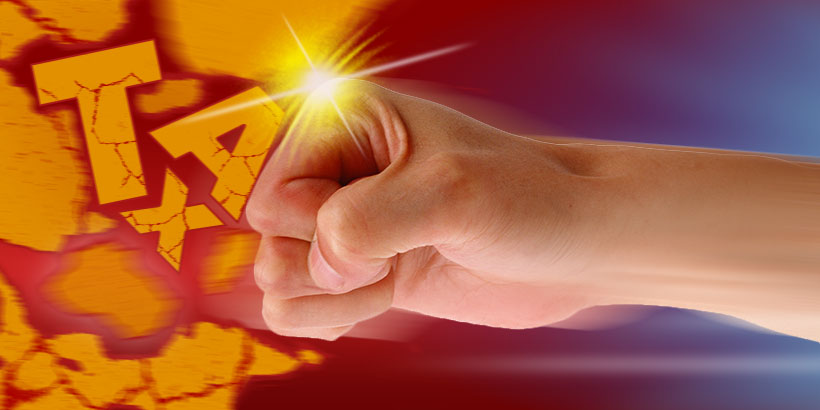 I’ve been reluctant to do this but I’m going to call for an increase in state taxes to boost economic activity.

Let’s call it the Daniel Smith Benefit Tax. My proposal is for a one-time, low, $1 tax on every Alabamian with the $4.849 million in proceeds going to me so I can properly inject it into the economy where it will then spark the growth we’ve all been patiently waiting for.

This tax will surely benefit the public since I plan on spending the money prudently to upgrade to a bigger home, to finally buy that truck my wife hasn’t been letting me purchase, and to fund a couple graduate assistants to help me with my research.

All of these purchases will boost the economy and create jobs here in Alabama — movers, more furniture for my bigger house, I’ll probably want to have it painted too. Oh, and I’ll need to take my new truck to the car wash and for oil changes … and on and on.

As the economist John M. Keynes famously argued, each dollar I spend from the tax proceeds will have a multiplier effect as it makes its way through the economy. The dealer I buy my truck from might put down a payment on a new pool. The owner of the pool company might use the extra income to hire an additional employee. That employee will spend his paycheck at the local grocery store. And so on.

Who could oppose such a promising idea?

You say, “Hold on, Professor Smith, you’re only looking at half the picture. What about the decline in economic activity that occurs from taking $4.489 million out of the private sector economy?” I would say, “You’re absolutely correct, that does poke a hole through my otherwise flawless proposal.” And, I’d probably thank you bringing me back to reality.

Amazingly, the government frequently uses this false Keynesian assumption to justify its excessive spending by quipping that one dollar of government spending creates several dollars of economic wealth as it moves through the economy.

They conveniently ignore the wealth that is destroyed when politicians harness taxpayers to pay for their often ill-fated pet projects. Politicians, operating in a political environment filled with special interest groups, are very unlikely to spend and invest money more productively than private citizens and investors spending their own hard-earned money. In fact, we’ve seen these project come up short over and over again.

For example, my colleague Daniel Sutter reports that more than 20 years of research on subsidies to sports teams and stadiums fails to find evidence that they contribute to economic growth, employment, or taxes, despite the fact that they were all approved on the premise that they would.

And, in his recent book, Megaprojects and Risk, Bent Flyvbjerg’s finds that government officials that promote major land-use development projects, more often than not, tout inflated economic benefits and substantially understate costs to get public approval for their pet projects. It doesn’t help that most of these economic impact studies are commissioned by the very group looking to justify the expenditure and thus often include additional biased assumptions within the already dubious Keynesian framework.

But the real tragedy is that each dollar taken out of taxpayers’ pockets and used by government on golf courses, luxury hotels and other great photo opportunities is a dollar taken away from the productivity of the private sector. Given the track record of failure among these government-run projects when compared with the energy and drive entrepreneurs have injected into our communities, it makes a lot more sense to let individuals push our economy forward. In other words, the money in the hands of the people who earn it is far more likely to create employment and economic growth.

While I‘m joking about my Daniel Smith Benefit Tax, the proposal clearly shows the fallacy in assuming that government spending will provide the necessary antidote to get the economy going. Since most government projects are carefully packaged behind noble intentions and impressive technical economic impact studies, these bad ideas are difficult for taxpayers to catch or evaluate. Just keep my tax proposal in mind every time a politician asks to spend your money.

Daniel J. Smith is an associate professor of economics at the Johnson Center at Troy University. Follow him on Twitter: @smithdanj1